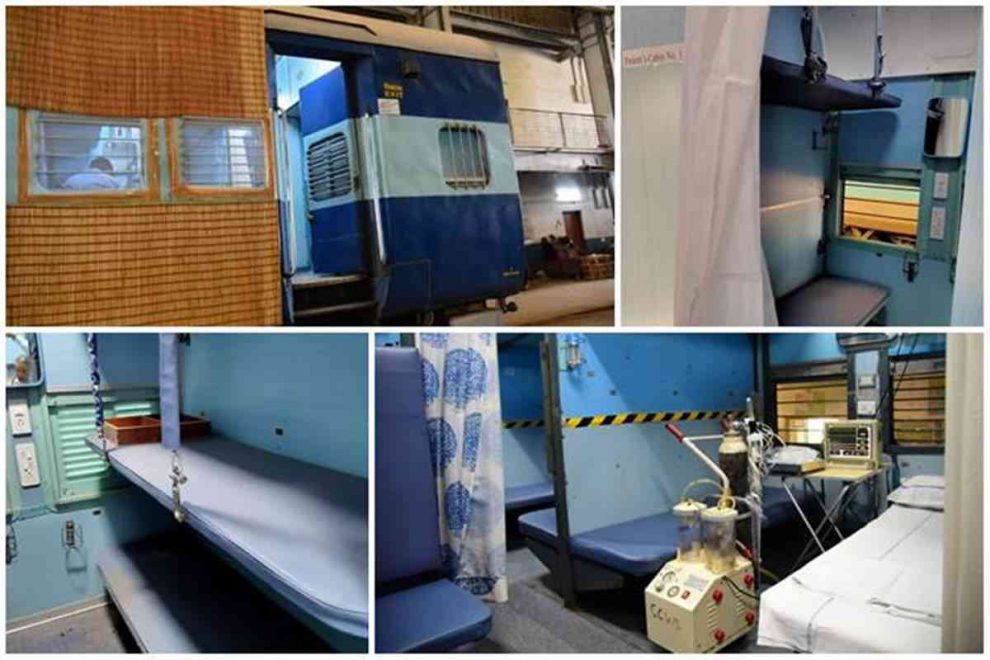 Railways can set up three lakh isolation beds across the country on States’ demand. In a tweet, Railway Minister Piyush  Goyal said that 50 COVID-19 isolation coaches with 800 beds ready at Shakur Basti Station and 25 coaches will be available at Anand Vihar Station in Delhi.

Earlier, Northern Railway, General Manager Ashutosh Gangal has said that 463 COVID isolation coaches across its network which are available on demand from the States. Talking to the media, he said that Railways has already written letters to Chief Secretaries of the States where these coaches can be deployed.

He said, if any states  have requirements then they can approach the Railways. He said, these coaches are primarily meant for isolation and also for very mild cases if required. Ashutosh Gangal said, these coaches  are not meant for serious cases. He said, each isolation coach has two cylinders and if more is needed, the state government has to arrange it. He also informed that Railways will not charge anything from states for COVID isolation coaches as Union Health Ministry guidelines have no provision for levying fees.

Railways is geared up to run Oxygen Express trains to get Oxygen in bulk and rapidly to Covid patients. The availability of oxygen is a key element in the treatment of certain medical conditions in the Covid infection.

The Railway Ministry said, green corridor is being created for the fast movement of this train. It said, Railways is getting fully ready to transport Liquid Medical Oxygen and Oxygen Cylinders across the key Corridors. Madhya Pradesh and Maharashtra governments had approached the Railways Ministry for transportation of Oxygen Cylinders.

The Ministry said, a meeting was held between Railway Board officials, State Transport Commissioners and representatives of industry yesterday on the issues related to transportation of Liquid Medical Oxygen. During the meeting it was decided that the tankers will be organized by Transport Commissioner, Maharashtra. These empty tankers will be moved from Kalamboli and Boisar, Railway stations in Mumbai, and sent to Vizag station in Andhra Pradesh.  Jamshedpur and Bokaro in Jharkhand and Rourkela in Odisha for loading of liquid medical oxygen tankers. The Railway Ministry said a movement plan has been made for dispatching ten empty tankers tomorrow.

Rail Minister Piyush Goyal has said that Railways is leaving no stone unturned in the battle against COVID-19. He said, the railway will run Oxygen express trains using green corridors to get Oxygen in bulk and rapidly to patients.