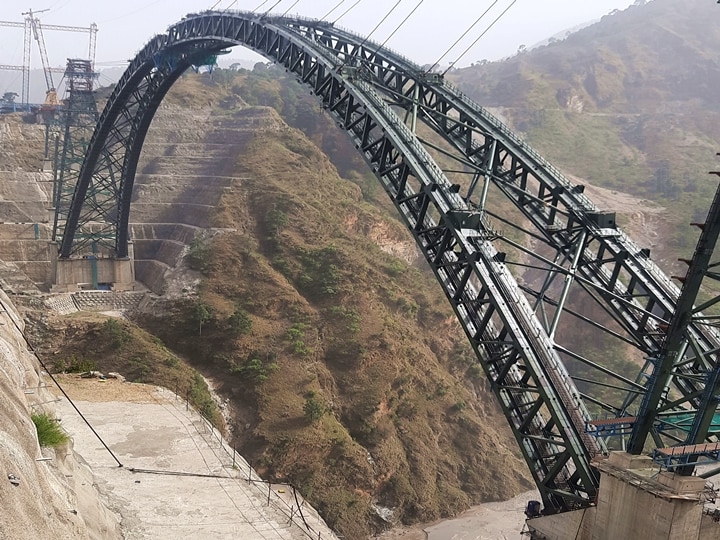 ‘Major leap towards completion of the Katra- Banihal railway section, bridge will be 35 meters higher than iconic Eiffel Tower’

New Delhi, Apr 05: The Indian Railways on Monday said that it has completed the Arch closure of the iconic Chenab Bridge, which is world’s highest railway bridge being constructed over river Chenab in Jammu and Kashmir.

In a statement issued to the news agency—Kashmir News Observer (KNO), official spokesperson said that the Chenab Bridge, world’s highest railway bridge, which is part of the Udhampur-Srinagar-Baramulla rail link project (USBRL) has set an important construction milestone today with completion of the steel arch of the iconic Bridge.

“This was one of the most difficult part of the bridge over Chenab. This achievement is a major leap towards the completion of the 111 km long winding stretch from Katra to Banihal. It is arguably the biggest civil-engineering challenge faced by any railway project in India in the recent history,” the statement reads.

It reads that the 5.6-metre last piece of metal was fitted at the highest point today and joined the two arms of the arch that currently stretch towards each other from both the banks of the river.

“This completed the shape of the arch that will then loom over the treacherous Chenab, flowing some 359 metres below. After completion of the arch work, removal of the stay cables, filling of the concrete in the arch rib, erection of the steel trestle, launching of the viaduct and track laying work will be taken up,” it reads.

As per the statement Indian Railways is constructing the iconic Arch Bridge on River Chenab as a part of the USBRL project to connect the Kashmir valley to the rest of the nation.

“This bridge is 1315m long and is the highest Railway Bridge in the world being 359m above the river bed level. It will be 35 meters higher than the iconic Eiffel Tower in Paris (France).”

“Arch consists of steel boxes. Concrete will be filled in boxes of the Arch to improve stability. The overall weight of Arch is 10,619 MT. Erection of the members of arch by overhead cable cranes has been done for first time on Indian Railways. 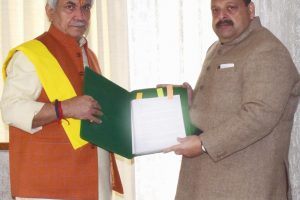 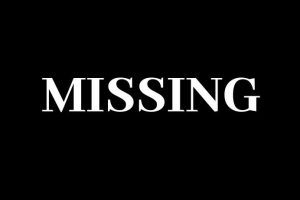