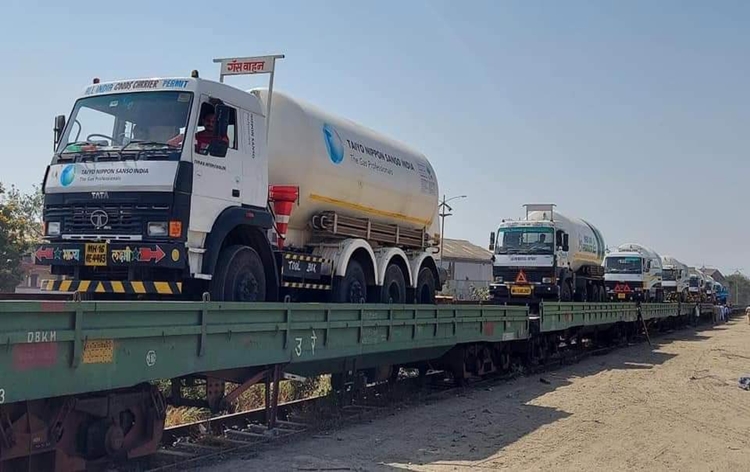 It has delivered this liquid medical oxygen through 26 tankers covering more than ten thousand kilometres.

Railway Ministry said, Indian Railways is continuing its journey of delivering liquid medical oxygen to various parts of the country.

The Ministry said, currently, another oxygen express is on the run from Bokaro to Bhopal via Jabalpur.

This train is carrying 90 metric tonnes of liquid medical oxygen in six tankers, which will replenish oxygen demand in Madhya Pradesh.

Another empty rake from Lucknow has reached Bokaro, which will bring another set of oxygen tankers replenishing oxygen supply to Uttar Pradesh.

Madhya Pradesh will receive 64 metric tonnes in next 24 hrs.

EC bans all victory processions on or after the day of counting of votes for assembly polls in five states
Vice President M. Venkaiah Naidu underlines importance of sustainable development
Comment