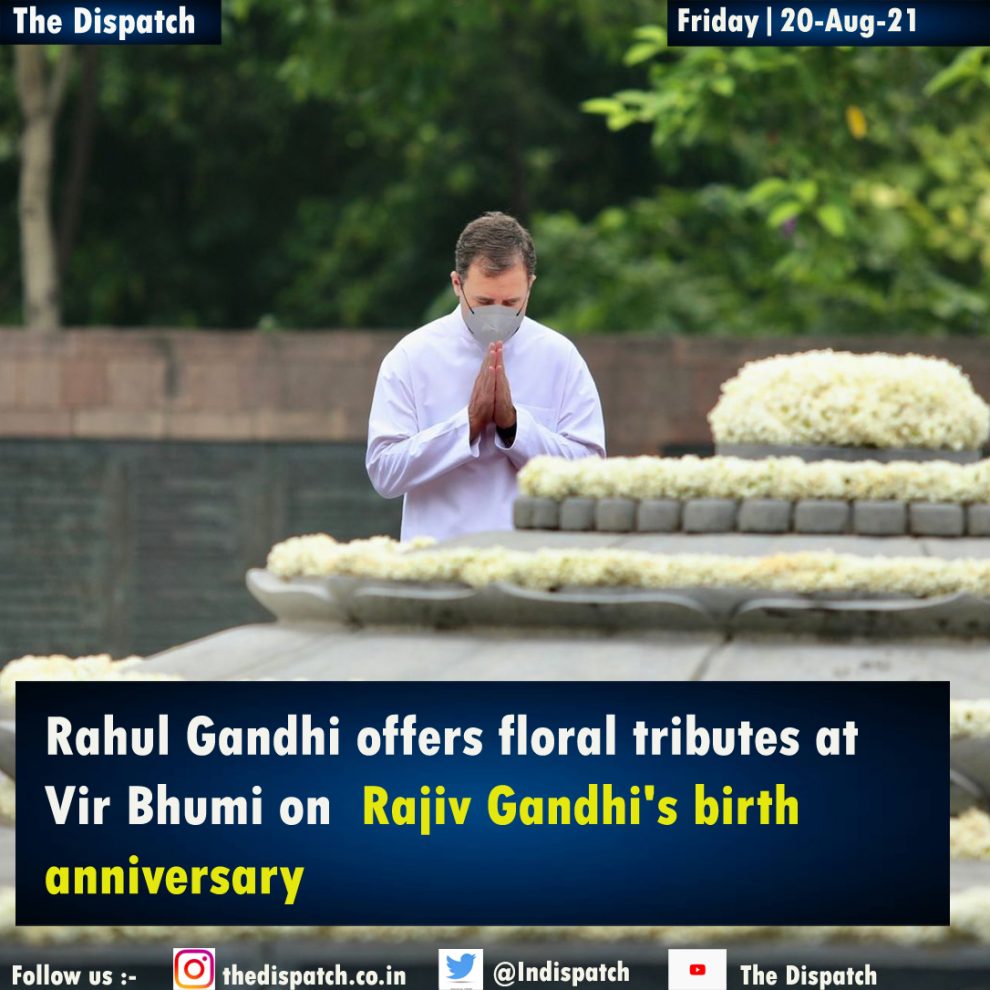 Rahul Gandhi paid floral tributes to his father at his memorial, Veer Bhumi, and spent some time there.

“A secular India alone is an India that can survive,” Rahul Gandhi posted his father’s quote on Facebook.

“Remembering Shri Rajiv Gandhi ji on his birth anniversary,” he said in the post.

The Congress, from its official Twitter handle, tweeted, “India’s youngest Prime Minister. The architect of 21st Century India. The visionary, the pioneer, the patriot. Today we pay homage to Bharat Ratna, Rajiv Gandhi and celebrate his immense contributions to the nation.”

PM Narendra Modi to inaugurate and lay foundation stone of multiple projects in Somnath
Should we give up on COVID-zero? Until most of us are vaccinated, we can’t live with the virus
Comment