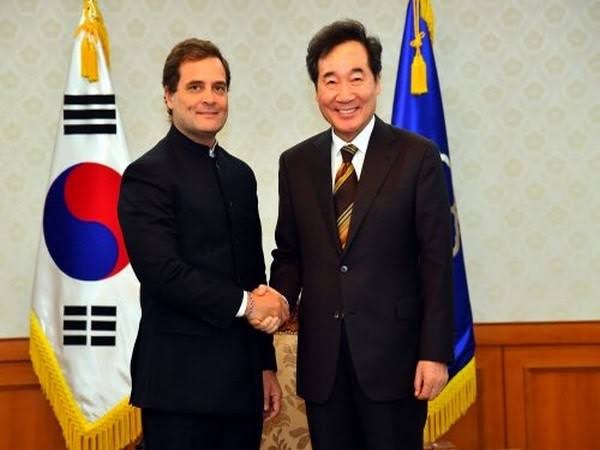 Congress leader Rahul Gandhi is on visit to South Korea as part of Congress delegation with the visit aimed to strengthen ties between the two countries and get a “first-hand view” of how it was tackling challenges of low-cost housing, environmental degradation and staying at the forefront of technological and scientific innovation.
“Rahul Gandhi is visiting the Republic of Korea as a member of an official Congress Party delegation, that includes among others Chairman of the Indian Overseas Congress Sam Pitroda,” the Congress said in a statement. The delegation has been invited to Korea by the Korean Foundation, a not-for- profit public policy organisation with the support of the Korean government.
During the visit, the delegation will meet key corporates such as Hyundai and Samsung, government-industry bodies, university students, foreign policy experts and members of the National Assembly.
“The Republic of Korea and India share a close, historic relationship going back many centuries. More recently, Korea has become a major trading partner with India, the party said.
“The delegation’s objective is to help strengthen ties between the two countries” and also to get a first-hand view of how Korea is successfully tackling the challenges of low-cost housing, environmental degradation, developing massive infrastructure projects and staying at the forefront of technological and scientific innovation,” it added.
The party said there is much to be learnt from the visit and strong networks developed, “that can at the very least, benefit states that have Congress governments in place”.
Gandhi on Tuesday met South Korean Prime Minister Lee Nak-yon and other officials here.
“We discussed a wide range of issues, including the current political and economic situation in our respective countries,” Gandhi said in a tweet.
The Congress leader’s visit to Seoul comes at a time when his party is protesting against the Citizenship Amendment Act.