Home Newsfeed Rahul Gandhi is doing politics on CAA, telling lies about it :... 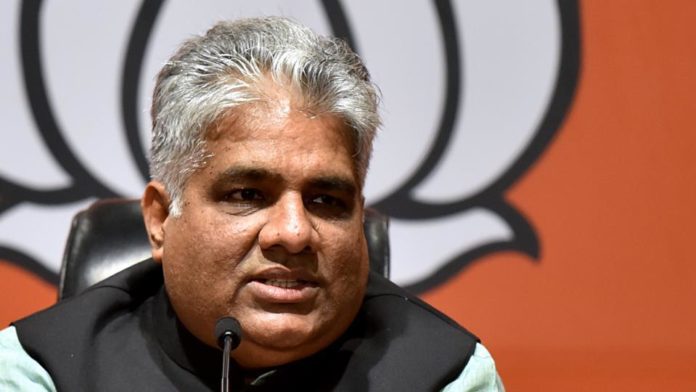 BJP MP Bhupendra Yadav said that Congress leader Rahul Gandhi is doing politics on Citizenship Amendment Act (CAA) and is telling lies about it.”Rahul Gandhi is doing politics over CAA and is consistently telling lies about it. The CAA provides citizenship to the minorities from the three neighboring countries, those who have fled religious persecution,” said Yadav.

“It was a long pending demand. Congress leader Manmohan Singh has raised the demand in Rajya Sabha in 2003. Rahul Gandhi should first seek clarification from Manmohan Singh,” he added.

Congress has been protesting against the amended citizenship law which seeks to grant citizenship to refugees from Hindu, Christian, Sikh, Buddhist and Parsi communities fleeing religious persecution from Pakistan, Afghanistan, and Bangladesh who entered India on or before 31, 2014.