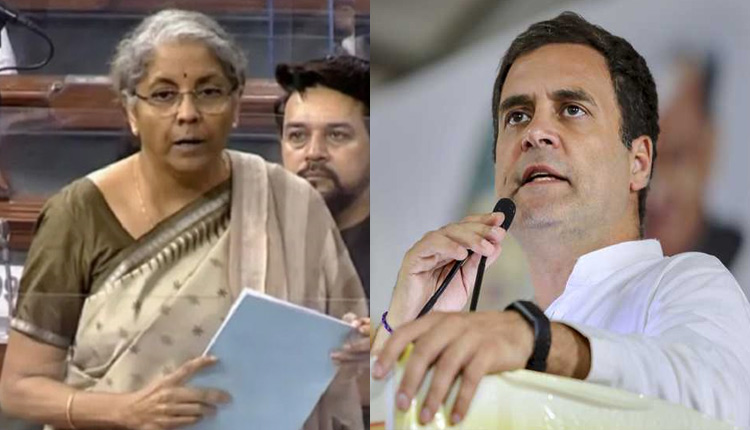 While replying to the discussion on the Union Budget in Lok Sabha, Sitharaman mentioned ten expectations from Rahul Gandhi’s speech in the Lower House on Thursday and said that the former Congress chief has been constantly saying things to demean the country.
“The veteran leader is building ‘fake narratives’ identifying with the ‘break India fringe group’ and is constantly abusing the constitutional heads of the nation. I am scared that the veteran leader is probably becoming ‘doomsday man of India’. The opposition is being led by the ‘Doomsday man’,” she added.

Sitharaman further said that the Congress leader has been constantly insulting India by not ‘trusting’ the nation.
“I remember what he said about the COVID-19 pandemic. I don’t want to waste the time of the House by repeating the same but in summary, it was like I will continue to demean India,” she said.
Sitharaman asked the Congress leader regarding the role he wants to play by ‘not discussing the budget’ which happens traditionally every year in the Parliament.

Earlier on Thursday, Congress leader Rahul Gandhi while participating in the discussion on the union budget in Lok Sabha, had referred to the family planning slogan of ‘Hum do, Hamare do’ (we too and our two children), and alleged that the government was being run on this agenda and accused it of promoting “crony capitalism”.

First Case Of ‘Delta Plus Variant’ Confirmed In Jammu