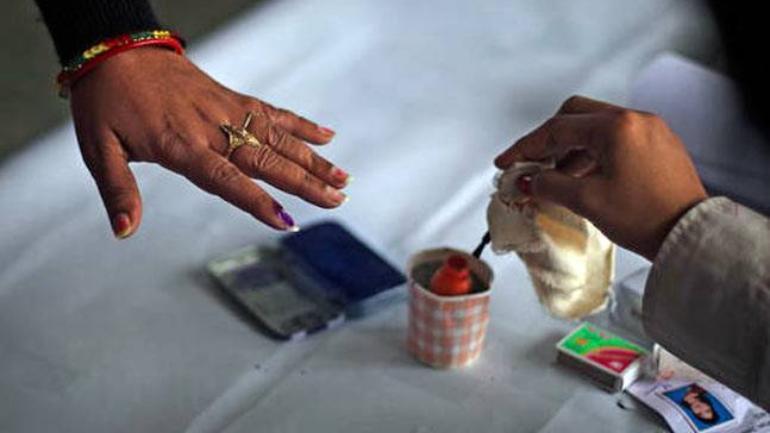 Quotas and queues have always been the bane of Indian politics. Wherein, our netagan are busy in populist bravado, vote-bank one-upmanship and nonsensicality doling out reservations like moongphalis to pander to their constituents. Underscoring, 21st Century India’s quagmire: Quota = Votes a sure shot combination for sitting on a Raj gaddi.

Haryana’s BJP Sarkar Friday passed the Haryana State Employment of Local Candidates Bill providing 75% reservation for local candidates applying to private sector jobs that pay less than Rs 50,000 per month. However, as it contravenes Article 14 and 19 (equality before law and right to practice any profession anywhere in India), the Bill awaits Presidential assent.

Taking a que Karnataka too decided to reserve Group C and D jobs for ‘Kannadigas’(who stay in the State for over 10 years and studied Kannada until Class 10) in both public and private sector, addressing a long-standing demand by pro-Kannada groups, notwithstanding it also could face legal hurdles.

Pertinently, this despite the Supreme Court staying recently the implementation of 2018 Maharashtra law granting 13% reservation to Marathas in education and 12% jobs but made it clear that the status of those who have availed of the benefits will not be disturbed. Asserting, “Reservation is not a Fundamental Right and no Government can force companies to hire people.”

Predictably, it has raised the hackles of the industry. The danger is three-fold. One, the State will not only lose its competitiveness but also no company would want to invest here. Two, ineptitude, inefficiency and incapacity could cripple excellence standards and short-change the NDA’s quest to market Brand India’s economic growth. Whose USP lies in the brain, skills and expertise of its educated and skilled manpower. Three, in the long run merit would be compromised.

Of course, this does not detract from that providing employment to locals is a desirable and laudable goal. But it cannot be at the cost of imposing arbitrary job quotas and nurturing mediocrity. Is it fair that a meritorious person is denied a job because he is an ‘outsider’? Obversely, which State would hire Haryanavis? Where will they go? In a democracy no Government can force companies to hire people.

Madhya Pradesh recently announced that all Government jobs in the State shall be reserved only for those who are born in the state. Bihar Chief Minister Nitish Kumar and BSP’s Mayawati are pitching for Dalits and OBC job reservation in the private sector. Other States like Andhra, Telangana are not far behind with their reservation banner.

Last year Gehlot’s Rajasthan ceded Gujjars, Banjaras, Gadia Lohars, Raikas and Gadaria their demand for 5% reservation in jobs and educational institutes. No matter this 5% is above the OBC quota of 21%, thereby taking the total to 26%. Union Territory J&K provided reservation to Paharis, who constitute 20% of the population and are scattered in Punch and Rajouri in Jammu and Baramula and Kupwara in Kashmir.

The only State to have protected its reservation in excess of 50% is Tamil Nadu, which placed a law guaranteeing 69% quota in the Constitution’s Ninth Schedule, which acts as a shield against judicial review.

The tragedy of it all is that the Mandal fiend unleashed by our netagan in 1989 has come to bite them. They have converted reservation into a circus. Think. No study has been done to find out whether post quotas any effort is made to build up the morale of those given reservation to bring them into the mainstream. There are neither any welfare programmes for them or quality education.

Worse, given the level of dishonesty and irresponsibility which increasingly governs our political system, no leader is willing to look us in the eye and confess that we are the cause of this mess thanks to our fixation for self-satiation of vote-banks politics. All forgot that quotas becomes divisive and self-defeating whereby struggle between backwards and forwards is more meaningful than Left and Right in politics.

Questionably, is reservation an end in itself? Not at all. Has anyone assessed whether those provided reservation have gained or continue to lose? No. Are quotas the answer for maintaining India’s social fabric? Never as it only divides people and harms national unity. How does it better the lot of myriad castes, sub-castes and the deprived if a few persons get jobs?

Does it make sense if someone with 90% in engineering sells medicines while a Dalit with 40% becomes a doctor, thanks to reservation? What purpose does quota serve when a student or officer is unable to cope with the decision-making process? When does backwardness supercede equality assured under Article 15(1)? How is the Government going to avoid reverse discrimination?

Indeed, one would forgive our netas their one-upmanship, populist bravado and reckless ad hocism if it bettered the lot of the downtrodden and poor.  However experience shows that no amount of legislation has bettered the lot of the deprived if a few get jobs and admission in educational institutes. Reservation is not the sole panacea for eradicating poverty. Moreover, it is dangerous to indulge in stoking rivalries on the facetious reason that it to uplift the down-trodden.

Time our leaders remember that reservation was to be made in exceptional circumstances and there are various legal precedents for this. The 1992 judgment capped reservation at 50% allowing for a hike only in case of ‘extraordinary and exceptional’ circumstances.’’ Also, there is no place for double standards or the Orwellian concept of ‘more equal than others’ in a democracy. What is sauce for the goose is sauce for the gander. The Fundamental Rights provide for equal opportunities for all irrespective of caste, creed or sex. Let’s not fudge or forget this. Moreover, one cannot put a cap on human development.

Unfortunately, ground realities and make-believes sociology do not always correspond. Reservations is not the sole panacea for eradicating poverty, nor will it transform the village society whose social structure is built upon an edifice of illiteracy and ignorance which in turn perpetuates an iniquitous caste system.

Further, it is neither a guarantee that locals or members of castes will get Government or private jobs or seats in Parliament and State Assemblies.  By that token, the whole social reform movement will become meaningless. Our leaders should remember that universalisation of reservation will mean goodbye to excellence and standards — a ‘must’ for any modern nation that wishes to forge ahead.

Today our polity has to realise that it has to deal with a savvy “I demand” generation aged between 18-35 years who constitute 50% population and believe in action not reaction. They seek jobs on merit in an over-crowed employment market where the labour force is hardly growing resulting in increasing joblessness.

Scandalously, even as our netas swear by Ambedkar they have conveniently forgotten his words against reservations and the hidden monsters. “If you want different societies to come together, reservation should be done away with because it becomes a hindrance to development.”

In the ultimate, our petty power-at all-cost polity must not be allowed to continue recklessly and play havoc with India’s progress. Our leaders must look at the long-term implications and end this evil.   Time now to rethink the entire reservation policy and stop the blind application of quotas.  No longer will young India accept that power in privilege can be transformed through electoral competition into power in numbers. Else reconcile to becoming a nation of mediocrity!