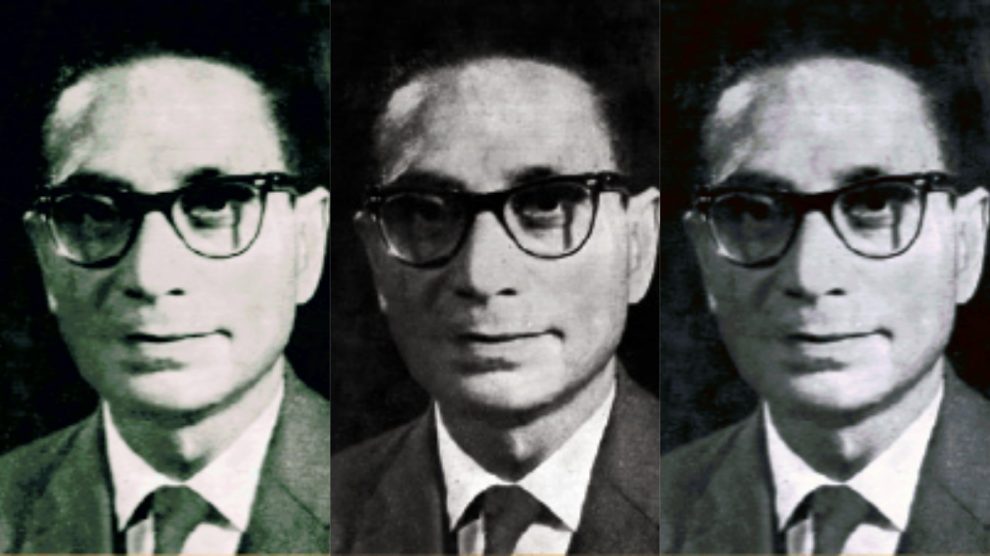 Melting snows of the Himalayas gave birth to the river. Down the mountain slope, past the pine forests, the river meanders its way to the plains. Flowing past the anise fields and the willow groves, the river cuts its course right across the town. Wooden dwellings crowd both the banks, and through the middle flows the languid stream. In darkness, from afar, it resembles the long and slender parting of dark hair of a newly-wed woman.

Jhelum. The petite name is clear and sweet. Golden rays of the morning sun splatter on its bosom. The image of the starry sky shimmers in the evening. The Jhelum sparkles night and day.

The grand royal palace made of milky white marble rises right on the river bank. Sepoys and sentries stand guard at the entrance and the stairway. Liveried guardsmen carry out flag marches in the courtyard.

In the olden days, this used to be the main palace of the king. The old Maharaja had spent his life here. The new king was cut from a different cloth. He had shifted to the new ‘English’-style palace built on the hillside, along with his family and servants. There, the oil lamp was replaced by the electric bulb and the elephant shed had given way to the motor garage.

The old palace had lately been converted into a government office. From there, the designated officials rule over, or rather rip off the subjects in the name of the king. The royal durbar was convened at the central hall only twice a year. The old palace woke up to its former pomp and glory. The Maharaja arrived in his palanquin along with the royal entourage to the beating of drums and the sound of bugles.

The Dussehra Durbar was the biggest festivity of the country and the greatest gala of the year.

Maharaja Hari Singh, the absolute monarch of Kashmir, was sitting on the brocaded ivory throne underneath the bejewelled canopy. His bodyguard was standing below, holding an unsheathed sword. Behind the throne stood another attendant holding the umbrella. Eight servants stood on either side of the throne, swaying the fans. A golden oil lamp was glowing on the silver stand; perfumed incense was burning in the stone incense burner from Jaipur. The royal entourage in their finery occupied the front row. Behind them were seated other notables according to their rank. The durbar hall was dazzling with flowers and zari decorations and multicoloured lights.

But amidst such grandeur, the Maharaja appeared downcast. Why was a smile missing from his face? Why weren’t his eyes twinkling with pleasure?

In fact, the Maharaja was not happy at all.

It was only two months since the British had left India. While departing, they had divided the country into two, handing over one part to the Muslims. They were bitterly opposed to the Hindus, so much so that they refused to live in the same country. The Muslim country carved out of India was named Pakistan.

No sooner had the British left India than almost all the princely states merged with the country that they shared their boundaries with. Jaipur, Gwalior, Cooch Behar, and others merged with India, while Bahawalpur and Kalat acceded to Pakistan. Kashmir was still undecided.

It was contiguous with both India and Pakistan. On the west, the boundary with Pakistan runs for twenty-five miles, while in the south-east, its boundary merges with India. Which country would Kashmir merge with? The Maharaja was indecisive. After much reflection, he finally said, ‘Joining neither country for the time being. Let’s stay put. We will decide it later.’

Whatever be the Maharaja’s position, others were not willing to wait. The Indian leaders were not forthcoming on the issue, but on the other side, the Pakistani bosses were restive. They wanted immediate control over Kashmir. The Maharaja of Kashmir was a Hindu, Dogra Rajput. The subjects of the state were mostly Muslims. The ranking leaders of Pakistan shook their heads and said, ‘This is intolerable’. Taking the cue, the lower rung clenched their fists and roared, ‘We will take it by force!’

True to their words, they started off with an economic blockade. They hit where it hurt the most.

Kashmir was a mountainous state where agriculture was the mainstay. Paddy in the fields and fruits in the orchards – the river Jhelum these were about the only produce there. All of the rest had to be procured from outside. It arrived on the road from Lahore or Rawalpindi. Pakistan stopped the supplies. As a result, motor vehicles stopped plying on the roads of Kashmir for want of petrol, classes stopped in schools and colleges for want of paper, sweetmeat trays in the shops remained empty for want of sugar. The patients in the state could not get medicines nor the children their food. Even the poor workingmen swallowed their rice with difficulty for lack of salt.

But that was just the beginning. Like the incarceration before hanging, tongue-lash before the beating, the forcible raids started from early September. Almost every day, bands of Pakistanis entered Kashmiri villages from across the border for loot and rampage.

The situation had further deteriorated during the last four days. News had arrived that like regular soldiers, thousands of invaders had launched an attack on Kashmir. They had crossed the border with the enemy territory at various places and captured scores of villages. Their largest band was advancing in lorries towards Domel, on the way to Srinagar. The band consisted of a thousand tribes from the North-West Frontier Province, hundreds of Pathan Afridis, and countless Muslim League volunteers, and had named themselves Muslim National Guard.

The princely states had so long been depending upon the British government in times of trouble. Their own troops were too few to reckon with. Kashmiri troops were only a few in number, half of whom were Muslims. As the enemy invaded, they too deserted. Let alone putting up any resistance, they joined the invaders shouting, ‘Allah Hu Akbar!’ ‘Biting the hand that feeds you’ − goes the popular saying. These traitors guided the intruders towards Srinagar. Any wonder that the Maharaja was upset?

The Maharaja could not help but attend the Dussehra Durbar. The tradition was continuing for the last hundred years since the time of Maharaja Gulab Singh. The precedent set by the ancestors could scarcely be broken. Hence, the durbar had to be called this time too.

At the durbar, the family priest chanted mantras. The court poet composed and sang songs in praise of the Maharaja. Restraining his anxiety, the king bestowed titles to some and honours to others. The nobles placed their tributes at the feet of the king, one after the other. Some paid five gold coins, others two – as was customarily fixed from the time of their forefathers. Of the landlords and feudatories, some gifted richly embroidered cerulean woollen coats, while others presented baskets full of musk or the horns of the famed bharal (blue sheep) of Gilgit.

Excerpted with permission from Quiet Flows The River Jhelum, Jajabor aka Binoy Mukhopadhyay, translated from the Bengali by Sujit Kumar Das, Niyogi Books. Read more about the book here and buy it here.