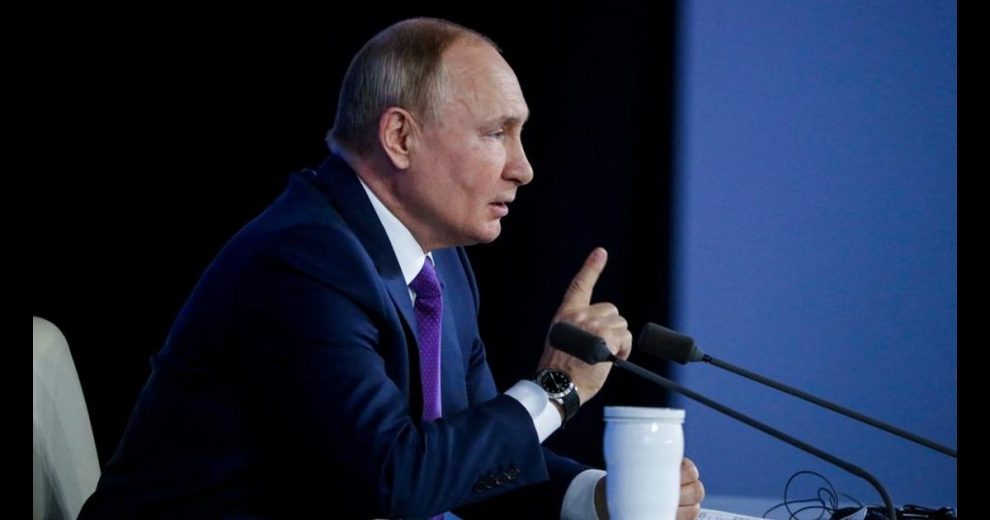 Dublin: Since his ascension to power in 2000, Russia’s president, Vladimir Putin, has maintained levels of approval among the Russian public that would be the envy of most world leaders. Prior to the recent invasion of Ukraine, Putin’s approval rating stood at 71%, according to an independent pollster. Contrary to widespread belief, research has found that this support is not a fiction or an artifact of massaged polling numbers.
As Russia continues its assault on Ukraine, a look at the public perception of Putin over the years may help us to understand how Russians will react to this violent war and where the fate of this leader’s popularity lies.
In my ongoing research, I investigate what drives public approval of authoritarian leaders, including Putin. I and other scholars have found that economic performance is a constant underlying Russians’ support for Putin over the last 20 years.
Following Russia’s economic collapse in the 1990s after the fall of the Soviet Union, Putin has relied on economic recovery and stability to underpin his popularity.
Today, practical factors like financial wellbeing and inflation rates generally dominate many Russians’ perceptions of their government. This is the case even during times of patriotic fervour, such as the massive surge in Putin’s approval observed after Russia’s 2014 annexation of Crimea.
As much of the western world now imposes crippling economic sanctions on Russia, these basic demands for a full refrigerator and stable income are unlikely to be washed away by any wave of pro-war sentiment.
It should be said that Putin is also popular because of who he is and what he represents firm leadership. His personal appeal a conspicuous masculinity and man-of-the-people demeanour and his role in bringing Russia back onto the main stage of global affairs only bolster his attractiveness.

Having a say
However, neither bread-and-butter economic factors nor geopolitical resurgence tell the whole story behind the support for Putin and his regime. The Russian public also values having a voice in their political system.
In ongoing research, conducted with co-authors Ora John Reuter and Quintin Beazer, we show that Russians’ approval of Putin decreases when their ability to vote for their city’s mayor is taken away by the regime. It may sometimes fall well short of a cry for full liberal democracy, but evidence from public opinion data shows that Russians do want their political leaders to be accountable to them.
The feeling that no one is listening can lead to disappointment in the system and in Putin. This demand for democratic input into the operation of Russia’s vast and complex governing system is a powerful factor shaping Russians’ perceptions of Putin and the ruling regime.
In recent years, Russia has descended into an ever more repressive mode of authoritarian governance. Opposition, independent media and open dissent have been kneecapped. This trend is likely to only further antagonise the many members of the Russian public who want their voices to be heard. Now, burgeoning economic and diplomatic war with the west will only deepen the regime’s isolationist, anti-democratic tendencies and lead to even greater public disconnection from the authorities.
Some in the country have begun to grasp the full, destructive nature of their country’s war on Ukraine. Thousands have been arrested for participation in anti-war protests across the country. This could be bad news for Putin, whose support within Russia relies on political apathy.
While examining hundreds of thousands of Russian public opinion survey responses from 2003-19, I have found that merely being exposed to public protest depresses approval of Putin and his regime. Members of the general public learn about regime misdeeds from these protests, and discover that there are more dissenters in their society than they may have previously assumed. In other ongoing research, my co-authors and I have found that when Russians find out that Putin’s approval levels are not as sky-high as they thought, their own feelings towards him sour substantially.

The power of the people
Taken together, this research shows that Putin’s popularity to a large extent rests on real not manufactured or imaginary foundations. These foundations will be severely shaken by his cold-blooded war-making. If anti-war sentiment in Russia continues to grow, and the masses muster the profound bravery necessary to express dissent in the face of brutal repression, we may see portions of Putin’s popularity melt away.
Research on Russian public opinion suggests that the catastrophic damage Russia’s economy will suffer as a result of the attack on Ukraine is likely to hurt Putin dearly.
Rising protest sentiment and a further withering of Russians’ feelings that they have a voice in the decisions made in their country may lead to a cascade of disapproval.
Looking at public opinion during settled times in authoritarian regimes like Russia can only tell us so much about how attitudes may shift during a a crisis. Putin has a broad base of support and a propaganda machine that he can use to limit the damage to his reputation. Nevertheless, mass uprisings, discontent and even revolution can take everyone by surprise in authoritarian regimes. We should not count the Russian people out.