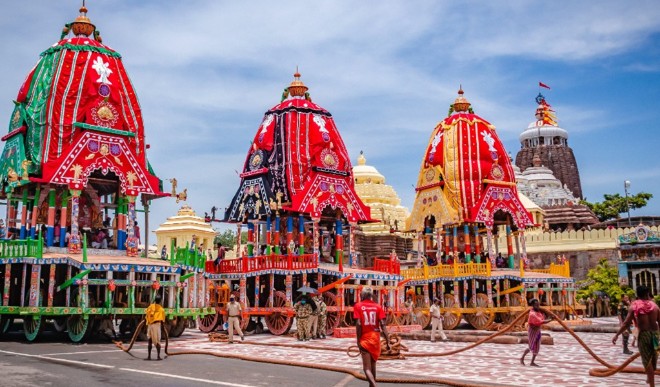 The Archaeological Survey of India (ASI) will undertake laser scanning of some important parts of Shree Jagannath Temple in Puri during the nine-day Ratha Jatra festival when the deities will not be in the temple.

Kumar said the ASI, which looks after the conservation and preservation of the 12th-century shrine in Puri, had requested the temple administration for a laser scanning of the temple.

“After discussing with stakeholders, it was decided to allow the ASI to conduct laser scanning at Nata Mandap, Jagamohan and other parts of the temple, except the Garba Gruha (sanctum sanctorum)”, he said.

Replying to a question, Kumar said the decision in regard to Garbha Gruha will be taken after analysing the benefits of the laser scanning. He said a committee of servitors has been formed in presence of whom the laser scanning at the temple will be done.

On silver-plating of the temple doors, Kumar said the work will be done at eight dwaras (doors) with help of a donor. The temple administration is not in a hurry to finish the work as no time limit has been fixed for the same.

The sliver required for the silver-plating of the temple doors were donated by a Mumbai-based devotee of Lord Jagannatha. The silver packets reached the SJTA office on Friday, sources said.

A team of ASI had earlier visited the shrine and observed that laser scanning is required to ascertain the condition of structures in the ancient temple.

“As other people are not allowed entry into certain parts of the temple in normal days, we want to complete the laser scanning when the deities are out of the temple for nine-day Ratha Jatra,” ASI’s Superintendent Archaeologist Arun Mallick said.