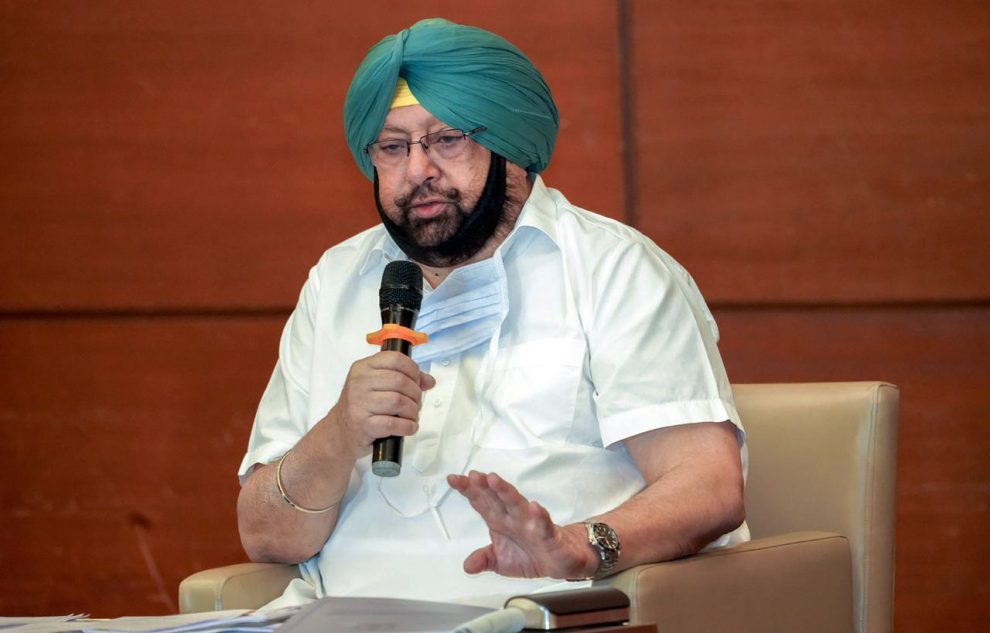 Reiterating his assurance of smooth and safe goods train movement in the state, Punjab Chief Minister Captain Amarinder Singh on Sunday said he had spoken to Union Home Minister Amit Shah for his intervention to ensure restoration of rail services and was hopeful of early resolution of the issue.

As per an official release, the Chief Minister spoke to the Union Minister Shah on November 7 to discuss the situation and assured him that there were no law and order concerns to prevent the resumption of the services for facilitating the supply of essential commodities in Punjab and neighbouring states, including Himachal Pradesh, Ladakh and Jammu and Kashmir, all of which were suffering colossal losses due to the continued suspension of trains.

“He pointed out that the security concerns could, however, be serious for the nation if essential supplies did not reach the armed forces in Ladakh and the Valley before snowfall due to the Railways’ decision not to ply goods trains immediately,” the release said.

It further said that the Chief Minister further said all tracks had been cleared by farmers for movement of freight trains. He told the Home Minister that situation on the ground was totally peaceful and conducive to the safe transportation of goods, and pointed out that the agitating farmers had not disturbed the peace in any part of Punjab over the past few weeks of their protests.

“Restating his earlier assurance to Railway Minister Piyush Goyal, the Chief Minister told Shah he had directed Punjab Police to extend all support to the Railway Protection Force (RPF) in providing security on the tracks as well as the platforms to enable smooth movement of freight trains, for which the Kisan Unions had already eased their blockade. He stressed that it was the joint responsibility of the central and state governments to ensure that the train services are resumed at the earliest,” it said further.

The release added that the Chief Minister said that Punjab government was closely engaged with the farmer organisations to persuade them to lift their blockade completely to allow passenger trains also to commute so that Punjabis, including the 1.5 lakh soldiers stationed in various places, could come home for Diwali, and added several of his ministers were in discussion with the farmer unions in this regard.

“On its part, the central government should take immediate steps to restore normalcy by directing the Railways to commence movement of the goods trains through the state,” the Chief Minister said.

Delhi Cabinet approves constitution of own school board