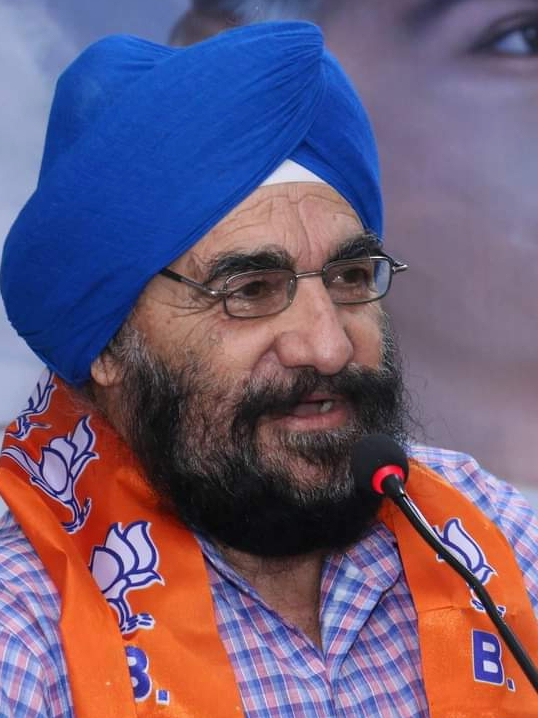 The Dispatch Staff
Add Comment
S. Varinderjeet Singh said that Aam Aadmi Party (AAP) has achieved the distinction of being a party with leaders, whose politics is based on false and misleading assurances just for the purpose of gaining public support.

This was stated by J&K BJP Vice-President S. Varinderjeet Singh, while making a scathing attack on Arvind Kejriwal that the AAP Convenor has not even spared his old colleagues Kumar Vishwas and Alka Lamba and now Tajinder Pal Singh Bagga BJYM leader, is arrested by misusing Punjab Police.

S. Varinderjeet Singh said that during Kissan Andolan, the farmers on dharna on Delhi border had tweeted and made statements against the Prime Minister Narendra Modi, Union Home Minister Amit Shah and Union Agriculture Minister Narinder Singh Tomar and despite AAP government no action was taken. The BJP leader stressed upon the people not to get misled by the sweet slogans and promises of Arvind Kejriwal and strengthen BJP as it is the only party which do not indulge in false promises but works on principle of good governance and welfare of a common man.

S. Varinderjeet Singh said that Aam Aadmi Party (AAP) has achieved the distinction of being a party with leaders, whose politics is based on false and misleading assurances just for the purpose of gaining public support. He said that in this era of better and fast means of communication, people cannot be misled and that AAP should not take people for granted.

He expressed displeasure over the deteriorating law and order situation in Patiala, where communal riots took place. He said that people in Punjab are fed up by the government in just two months and are feeling betrayed as the promises made during campaigning are not being fulfilled.