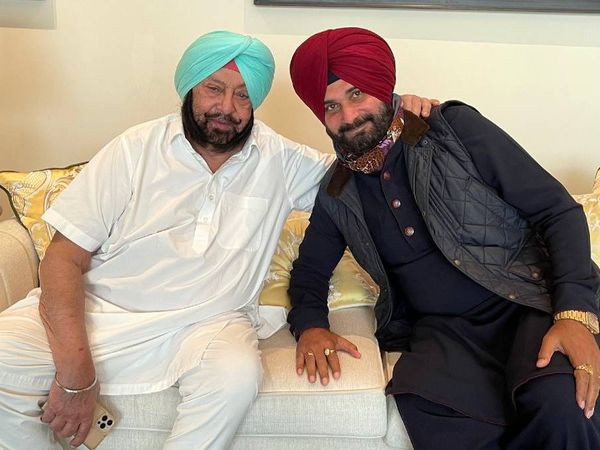 Amid an ongoing power tussle between Chief Minister Amarinder Singh and party leader Navjot Singh Sidhu ahead of Assembly elections in the state, the Congress party has failed to broker a peace deal between the two veterans of Punjab politics.

Today has been the day of meetings for both the leaders in Punjab as AICC general secretary Harish Rawat flew down to meet the Punjab CM Amarinder Singh, while Navjot Singh Sidhu called on state party chief Sunil Jakhar.

”Had a fruitful meeting with Harish Rawat. Reiterated that any decision of INC president will be acceptable to all. Raised certain issues which he said he’ll take up with the INC president,” Raveen Thukral, Media Advisor to Punjab CM Capt Amarinder Singh quoted the chief minister as saying.

Navjot Singh Sidhu is at loggerheads with Punjab CM Amarinder Singh over several issues. The central leadership of Congress trying to end factionalism in the state unit ahead of assembly polls early next year.

The speculations are rife over Sidhu would be appointed state Congress head despite Amarinder’s misgivings, Rawat reached Chandigarh in a chopper around 12 noon and went straight to the chief minister’s farmhouse in Mohali.

This comes a day after CM Amarinder wrote a letter to Congress president Sonia Gandhi on Friday.

The Punjab CM is learnt to have mentioned that there could be an adverse impact on the party’s prospects in the upcoming Assembly polls by ignoring the old guard, according to Congress sources.

J&K seeks to redouble farmers income through ‘Parvaz’ scheme
Not enough evidence to suggest increase in TB cases due to COVID-19: Govt
Comment