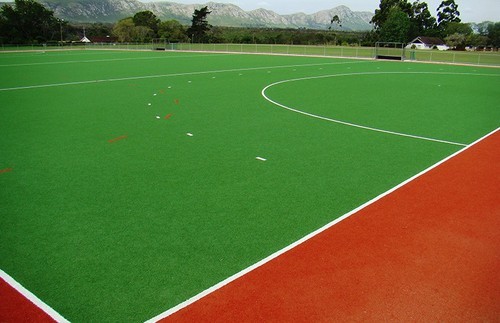 PULWAMA: The first synthetic hockey turf stadium in Kashmir division is being constructed in Pulwama district.

The stadium is being constructed in Government Boys Higher Secondary School Pulwama at a cost of Rs 5 crore under augmentation of sports infrastructure scheme in Jammu and Kashmir.

District Youth Services and Sports officer Pulwama Syed Noor ul Haq said that this will be an international standard stadium with dimensions 102 metre×62 metre and is expected to get complete upto 15th October.

He said that there are hundreds of youth interested in hockey in Kashmir but in absence of stadium they were not able to show their talent, however, with the stadium available now youth can play hockey.

He said that once stadium will be completed, they will organise a state level followed by national level tournament here so that local youth too can get exposure to play this game well.