Home Newsfeed Puducherry LG says she will continue to work with dedication amid CM’s... 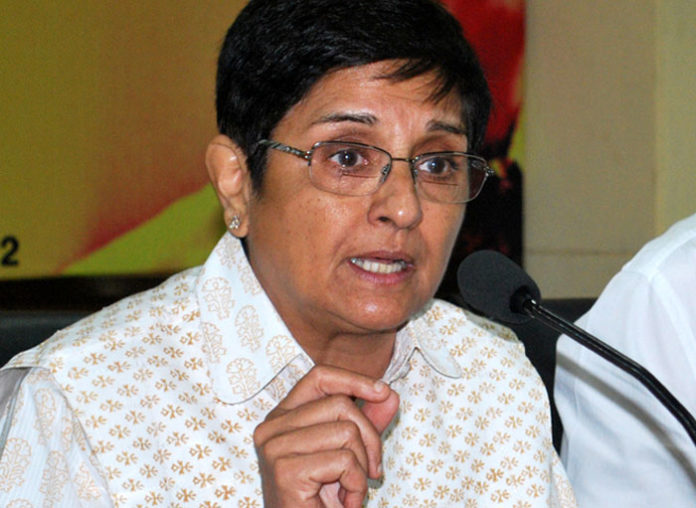 Days after Chief Minister V Narayanasamy demanded that President Ram Nath Kovind should recall her, Lieutenant Governor (LG) Kiran Bedi on Monday said she will continue to discharge her duties with “dedication and integrity”.In a message on the occasion of completion of three and half years as the LG, Bedi said she received huge acceptance, respect and support from several sections of the society.

“I have been blessed to receive huge acceptance, respect and support from several sections of the society, which I can and will continue to return by ensuring total dedication and integrity in my given responsibilities, without any expectations of appreciation or rewards,” Bedi, the first female IPS officer of India, said.

The LG said that she believes in Lord Shri Krishna’s message which says — “Your duty is to do your KARMA with FAITH in ME”. She wrote: “I complete three and a half years today in Puducherry. This is my longest tenure at anyone posting in my public service starting as a lecturer in 1970. And joining Indian Police Service in 1972.”

Earlier this week, the Chief Minister urged President Ram Nath Kovind to recall Bedi, alleging that she has been working in an “autocratic manner” and “overturning the Cabinet’s decisions”.He accused Bedi of misusing her official position and interfering in the day-to-day affairs of the government.The Chief Minister and Lieutenant Governor have been at loggerheads over issues of governance.