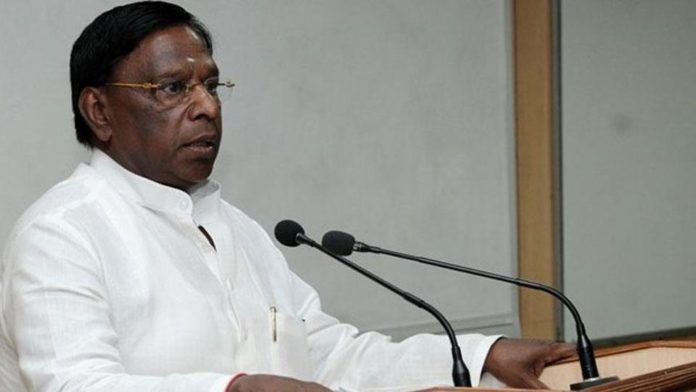 Chief Minister V Narayanasamy has sought a report from the Vice-Chancellor of the Pondicherry University on the alleged incident of a Muslim student being denied entry into the varsity for the convocation ceremony, where President Ram Nath Kovind was the chief guest at the function.

Rabeeha Abdurehim, a gold medallist in postgraduate degree in mass communication, was not permitted to attend the 27th convocation ceremony at the varsity on Monday when the President was present at the venue, probably because she wore a “scarf in a different way.”

The girl had later rejected the gold medal as a mark of protest against the National Register of Citizens (NRC) and the Citizenship (Amendment) Act.Taking to Twitter, Narayansamy condemned the alleged incident, saying that “right to dissent is essence of the democracy”.

“Incident of not allowing Rubeeha in the Pondicherry University convocation is condemnable. Though I was present (there), I had no knowledge (about it). Right to dissent is the essence of democracy. I have asked for a report from the Vice-Chancellor,” the Chief Minister tweeted.Speaking at a press conference on Wednesday, the Chief Minister said that he has also ordered the police to investigate the incident and submit a report on the same.