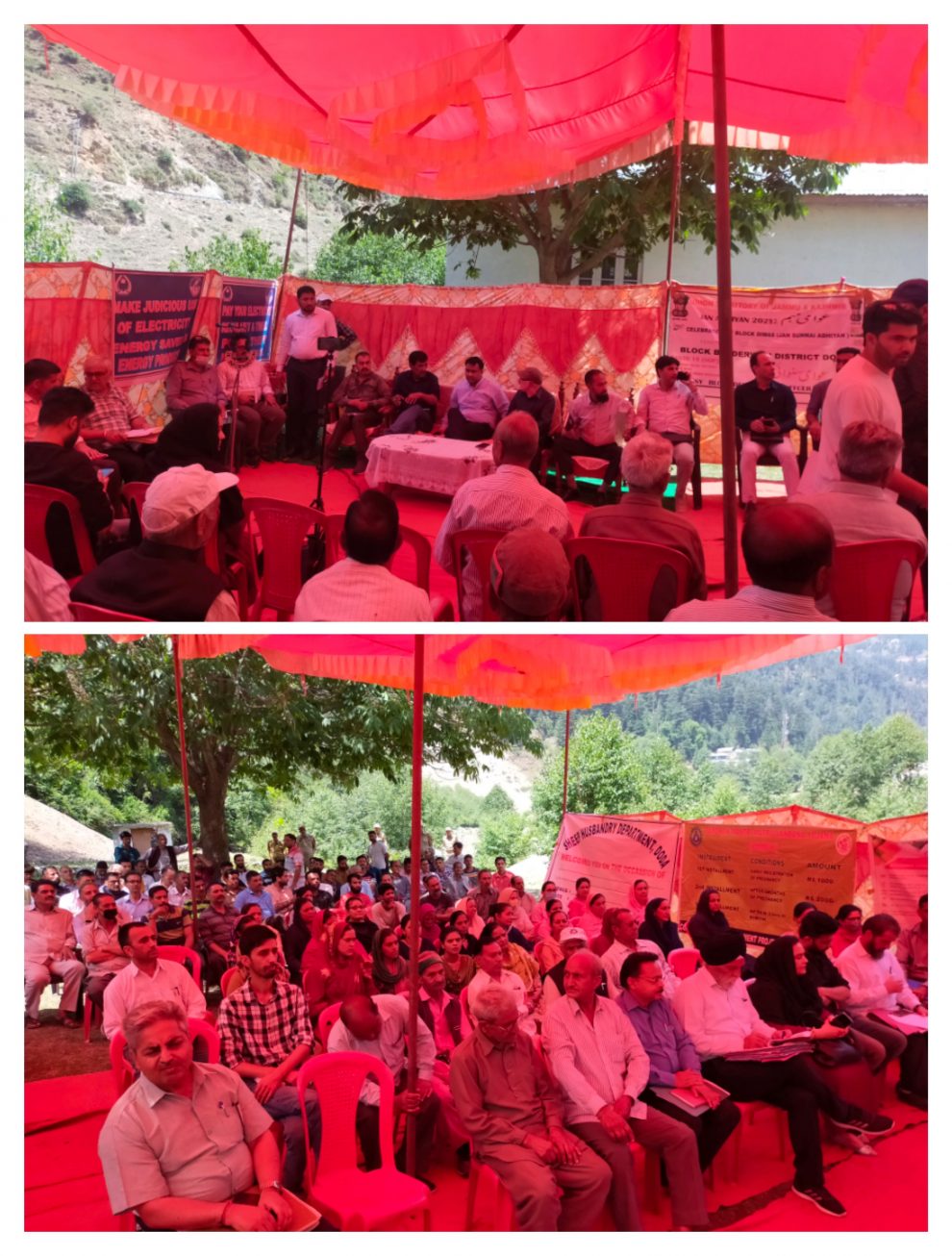 JAMMU:  Block Diwas was held at Druddu Panchayat of Tehsil Bhadarwah on Wednesday in which problems pertaining to different issues of the public were discussed and many of them were resolved on the spot.
The function in this regard was presided over by the Deputy Commissioner Doda Vikas Sharma and attended besides others by ADC Bhadarwah Dilmir Chowdhary, DDC member Yudhvir Singh Thakur, BDC chairman Omi Chand, Tehsildar Bhadarwah Shoket Hayaat Matto, BDO Bhadarwah, Xen(PHE), AEE R&B etc.
Important issues which were highlighted on the occasion including those concerning general civic amenities like electric poles, shortage of potable water in various areas of the panchayat and absence of traffic able road links besides provisioning of healthcare facilities in remote areas.
Sarpanch panchayat Druddu Ashok Sharma while speaking on the occasion said that different developmental works going on in the panchayat are being completed on time for the convenience of the general masses. However, he demanded that remote areas of the panchayat still are with out proper supply of water, electricity and away from the facility of road connectivity.
DDC Doda while expressing satisfaction over the execution of works in Druddu Panchayat and other adjoining areas on the spot issued instructions to the concerned departments to get the remaining developmental works done and mitigate the grievances so highlighted with in specified time frame.
PRIs of other adjoining panchayats also participated in the function and put forth their demands before the forum of the district and tehsil officers for immediate redressal.
The participating departments included Social Welfare, Education, PW(R&B), Horticulture, Agriculture, Animal Husbandary, Jal Shakti(PHE), Cooperatives, Rural Development, Police and other line departments.
Meanwhile, Directorate of Ayush Jammu and Kashmir also organised a medical camp on this occasion in which Dr. Manjeet Singh- Medical Officer Druddu diagnosed the patients of different ailments who were provided medicines free of cost.
The Dispatch is present across a number of social media platforms. Subscribe to our YouTube channel for exciting videos; join us on Facebook, Intagram and Twitter for quick updates and discussions. We are also available on the Telegram. Follow us on Pinterest for thousands of pictures and graphics. We care to respond to text messages on WhatsApp at 8082480136 [No calls accepted]. To contribute an article or pitch a story idea, write to us at [email protected] |Click to know more about The Dispatch, our standards and policies