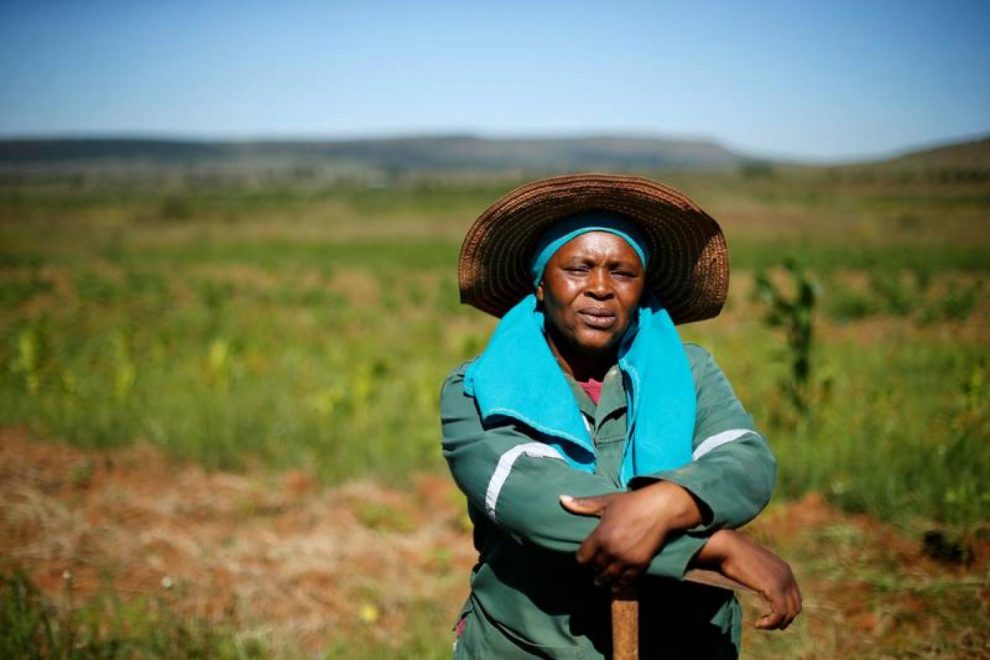 Less than 2% of climate finance goes to small-scale farmers in developing nations, despite their vulnerability to worsening extreme weather and their crucial role in feeding billions of people, said a new report on Thursday.

Funding to tackle climate change topped an average of half a trillion dollars in both 2017 and 2018, yet only $10 billion of that went to smallholder farmers each year, according to research from the U.N. International Fund for Agricultural Development (IFAD) and Climate Policy Initiative think-tank.

That is “a small fraction” of the hundreds of billions of dollars needed annually to help them adapt to climate change, added the report, the first detailed analysis of climate finance flows to farmers on the ground.

“It is unacceptable that the people who produce much of the world’s food – and who are at the greatest mercy of increasingly unpredictable weather – receive the least support,” Margarita Astralaga, a director at Rome-based IFAD, told the Thomson Reuters Foundation.

The latest figures on international climate finance for developing nations, from the Organisation for Economic Co-operation and Development, show that in 2018, 70% of the total went towards reducing emissions, with only 21% for adaptation.

Former U.N. Secretary-General Ban Ki-moon said public development banks had a “special role” and a “responsibility” to fund ways to help communities, farms and businesses adapt, such as stronger infrastructure and early warning of floods.

Worldwide, an estimated 2 billion people grow crops on about 500 million farms of less than five hectares, providing up to 80% of food produced in Asia and sub-Saharan Africa, IFAD says.

Rising temperatures, erratic weather and disasters, including more frequent droughts and floods, have destroyed crops and livestock on many such farms, said Astralaga, IFAD’s director of environment, climate, gender and social inclusion.

IFAD wants both governments and private investors to channel more money to these farmers so they can adapt to weather shifts, by using seeds resilient to climate extremes or accessing weather information and modern technology, she added.

The report – published to coincide with the Finance in Common summit of development banks, organised by France – cited estimates that small farmers require about $240 billion per year for expenses on their land and at home.

Agribusiness companies need additional financing to invest in technology and transport to reach remote farmers, to the tune of $132 billion per year in sub-Saharan Africa alone, it added.

Some of that help may be starting to emerge, as development banks seek to achieve a better balance in their climate finance between projects that reduce emissions and efforts to help vulnerable nations and communities adapt to a warming planet.

In a joint declaration from this week’s summit, more than 400 development banks from around the world agreed to mainstream resilience and adaptation into their strategies and operations, and step up action to fund national adaptation plans.

This week, 13 public banks from Africa, Asia and Latin America, as well as IFAD and regional credit associations, committed to boost their investment in food and agriculture, including for small farmers also hit by the COVID-19 pandemic.

Communities suffering water stress, meanwhile, are also missing out on much-needed climate adaptation funding, with most going to middle-income countries, said a separate report on Thursday from international charity WaterAid.

Some countries most vulnerable to floods, droughts and storms received just $1 per person per year on average for water-related adaptation such as irrigation and sanitation.

“There is a huge imbalance in the flow of funds… and we want to see that corrected,” said Saleemul Huq, director of the Bangladesh-based International Centre for Climate Change and Development.

Remy Rioux, CEO of AFD and chairman of the International Development Finance Club, said he hoped the summit would foster a greener, fairer investment approach to help meet global development goals by 2030.

“The real challenge is to have something change in reality – to have institutions beginning to pay attention and to finance in common in the end,” he told the Thomson Reuters Foundation.