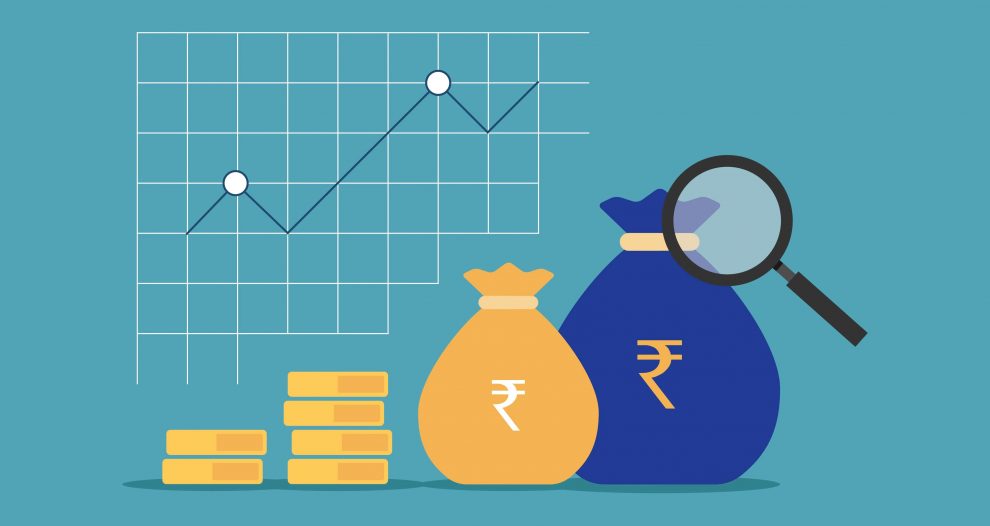 The NSO in its August 31, 2021 report says that first quarter 2021-22 growth is estimated at Rs 32.38 lakh crore (at current prices Rs 51.23 lakh crore) as against Rs 26.95  lakh crore, plus 0.5 per cent than data last year, in Q1 of 2020-21. The growth is marginal due to limited activities. Some of the areas not doing well are private education, rural sectors, manufacturing, textiles and even the prime IT.
FacebookTwitterPinterestWhatsApp

It’s not easy to be in the driver’s seat on a bumpy road, which began long before the pandemic in mid-2019, when the first contraction was reported raising doubts on the policies and privatisation prescription. The 30-year hackneyed policies have not helped the country become a global hub and flip-flop policies favouring high tax regime and doing away with the public sector caused uncertainties.

The NSO in its August 31, 2021 report says that first quarter 2021-22 growth is estimated at Rs 32.38 lakh crore (at current prices Rs 51.23 lakh crore) as against Rs 26.95  lakh crore, plus 0.5 per cent than data last year, in Q1 of 2020-21. The growth is marginal due to limited activities. Some of the areas not doing well are private education, rural sectors, manufacturing, textiles and even the prime IT.

The government has now announced five-year Rs 10883 crore productivity-linked-incentive for textile industry with high employment of women but that is sectoral and a move to boost man-made fibre apparel. It could have a gradual effect on the textile sector particularly small ones investing Rs 100 to 300 crore. It is an effort to come out of a difficult situation.

Meanwhile, officially the growth is lowered in 2019-20 to 4 per cent from earlier 4.2 per cent. That is where the real story begins. The trend indicates a gradual slump since 2017, post-demonetisation.

So where is the country faltering? This calls for a review of the 1991 liberalisation that was equated with making the government redundant and the private the master of the economy. Policy confusion and lack of economic clarity has led to deceleration in all spheres. The exit bid of the government from all sectors and handing key national assets to the private has led to a difficult situation.

The stress to showcase the stock market has led to too many frauds. The share and insurance agents are targeting telephonically gullible citizens and possibly lakhs, if not crores, of them have been digitally looted leaving little trace of the pugmark. This is despite the SEBI’s stringent rules. It calls for an investigation to punish big agents and their small time partners. It may have taken monstrous proportions. This is eroding the economy. The higher the stock number still higher may be the criminal digital fraud. Each stock numbers may be indication of growing frauds. It may be worse than Harshad Mehta and Ketan Parekh scams. It is said that the agents are diverting official digital payments to their accounts – something grim. A crackdown should be imminent.

The not so well thought of privatisation began in 1991-92 by the PV Narasimha Rao government, with 31 selected PSUs disinvested for Rs 3038 crore. In August 1996, the Disinvestment Commission under Former SEBI chief GV Ramakrishna was set up to advice and monitor gradual PSU divestment. It submitted 13 reports for 57 PSU disinvestments. The much- hyped disinvestments did not yield much, but many prime PSUs were sold. Between 1991-92 and 2000-01, the government raised Rs 20,078.62 crore against target of Rs 54,300 crore. There were problems in evaluation, opposition from the staff, unfavourable market conditions and all through no clear policy.

And since 2007-08, the private sector got into deep debt distressing banks and the slowdown even as PSU sales continued. Nobody has answered why profit-making VSNL was sold for a song or clarified the controversy of Centaur Hotel sale. But between 2009-10 to 2019-20 those disinvested include NHPC, Oil India, NTPC, REC, NMDC, SJVN, EIL, MOIL. Some are prime Navratna companies.

The government in 2020-21 has set an ambitious Rs 2.1 lakh crore target including in four banks, Air India and LIC. Though this may be earning small moneys for the budgetary expenditure, it is eroding the strength built in decades. No wonder the GDP remains shaky. This possibly also  answers that privatisation, prime Manmohanomics principle, is not the panacea. Plus, it possibly speaks out the reason for poor GDP numbers while Bangladesh with 8.2 per cent growth thaws its population exodus.

On the contrary, India’s PMI (purchasing managers’ index) has slumped in August to 52.2 from 55.2 in July suggesting deceleration in demand and recovery. It is leading to employment concern. Except in government salaried jobs there is no growth of the workers. The private sector is continuously cutting numbers and wages.

The pivot unfortunately has become jobless, low or no-wage, growth. More private hiring freeze is reported in August affecting demand. It means that the government that has been trying to ease itself out of the driving seat has to saddle itself strongly for real growth. It is also an indication that except for a few large companies the private sector is heading to an abyss.

The rising inflation is adding to the slowdown. The government has to rethink on excise, cess and VAT on petrol prices vis-a-vis its revenue earnings. Taxes hit all, create uncertainties but do not help growth. This calls for a national discussion to choose the path. The country must accept that private does not have capacity to lead growth. The government has to reset the button for a stronger PSU and the private sector must learn to compete and treat PSUs as compatriot not adversary. The country has to move on the two critical wheels.

The nation has to change 1991 into 2021 for a new pragmatic policy for balanced growth. The undercutting of the PSU must end as that benefits only unethical power players. The private and public have to grow, supplement each other and ensure the country grows to become global power. The New Order must come before it is too late. —INFA