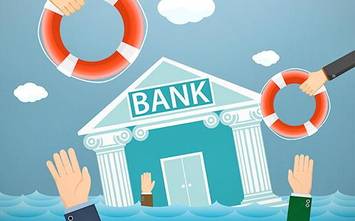 The country is in a quandary about the privatisation of the public sector banks and needs to reconsider. Amendments to the Banking Companies (Acquisition and Transfer of Undertakings) 1970 and 1980 are on the cards. The two laws led to bank nationalisation of the banks in two phases.

Finance Minister Nirmala Sitharaman has announced privatisation of PSBs as part of disinvestment drive to garner Rs 1.75 lakh crore, in reality not a very large sum. That has raised another question whether for such small gains, the nation should sell the family silver. Or why should it go back to 1969 when these were taken over? The banks were in the hands of large houses. They have been defying regulations and many unsavoury practices were in use, including taking out funds risking the banks and quietly refunding causing immense interest and operation cost losses. This apart, the small lenders had little space in the controlled practices. Some banks were off and on were in the news of facing liquidation thought the 1960s.

The takeover was then considered a bold step as now the announcement of selling off is being projected as a bold decision. The Narendra Modi government is in a financial crisis and wants the nation to steer out of it. All of it though is not the doing of this government. The bank crisis has built up with the changes in Basel recapitalisation norms as well as the growing NPAs.

As of March 31, 2010, gross PSB NPAs were Rs 8.06 lakh crore. A 2020 JC Review study by four academicians — Sunita Sharma, Rajesh Kothari, DS Rathore and Jagdish Prasad —  say that the private sector banks were not doing well post 2012 (as also were many public sector banks) and the NPAs have been growing. They say that the economic performance had not declined 2012-2019 but sharp rise in NPAs raise questions on transparency in showing correct picture of their health. The banks, they note had been concealing facts particularly about high value accounts, which in their opinion, had come under NPA even before 2010-13. “Increasing NPAs suggest that high number of credit defaults affect profitability, liquidity and solvency positions of (all) banks”, they say.

They found Axis Bank profitability since 2017 has continuously been falling due to rise in NPAs till partly checked in 2019. Similarly, the ICICI bank NPAs continuously increased since 2015 and reached a peak of 8.85 per cent in 2018. Though in 2019 it reduced to 6.7 per cent but the net profit further came down due to higher provisioning.

Banks in general have witnessed a decline in the profitability during the last about eight years. That raises a question whether the PSBs should be singled out in a choppy market particularly when some private sector banks indulged in major malpractices. Does it mean that privatisation is not a panacea? This is a critical question that the government and the society need to have a review. The privatisation cannot be a mantra. It seems the problems lie in practices and those in the country need severe corrections.

The study is almost in tune with the 2018 report of the Parliamentary Standing Committee on Finance where it observed that the capacity to lend has been severely affected due to NPAs. It says, “A lot of the loans currently classified as NPAs originated in mid-2000s, at a time when the economy was booming and business outlook was very positive. Large corporations were granted loans for projects based on extrapolation of their recent growth and performance. With loans being available more easily than before, corporations grew highly leveraged, implying that most financing was through external borrowings rather than internal promoter equity. But as economic growth stagnated following the global financial crisis of 2008, the repayment capability of these corporations decreased. This contributed to what is now known as India’s Twin Balance Sheet problem, where both the banking sector (that gives loans) and the corporate sector (that takes and has to repay these loans) have come under financial stress”.

So the prescription of privatising the PSBs needs a review and a new approach to curing the disease than shifting it from one clinic to another. Poor regulatory frameworks and related problems are some of the pitfalls. Additionally profit-centric and shareholder wealth maximising monopolies by banks will not to cater to the needy individuals.

The government would also be losing out on potential dividends that give significant budgetary support. In 2014, Rs 88, 188 crore were paid by PSES, including Rs 43996 crore from PSBs. Since, however, the PSB dividend contribution has been dwindling though RBI has paid about Rs 2 lakh crore during the past two years.

But liabilities are rising due to defaults, increase in operational costs of larger low-quality accounts like Jandhan, digital and other populist operations. The recapitalisation despite a high for the government has been below the operational needs as the banks were to support announcements like farm loans, MUDRA and other schemes. The faults are for extra-banking causes. Privatisation is not likely to solve these but even in their dwindling health, the PSBs have enormous wealth and before these are sold to a select group of eager large corporate buyers, the country needs to wait and reconsider massive revamping of the system and through that how to strengthen the economy. Once the silver is lost, it could again be reinventing the wheel. 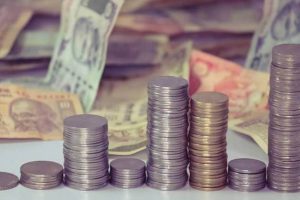