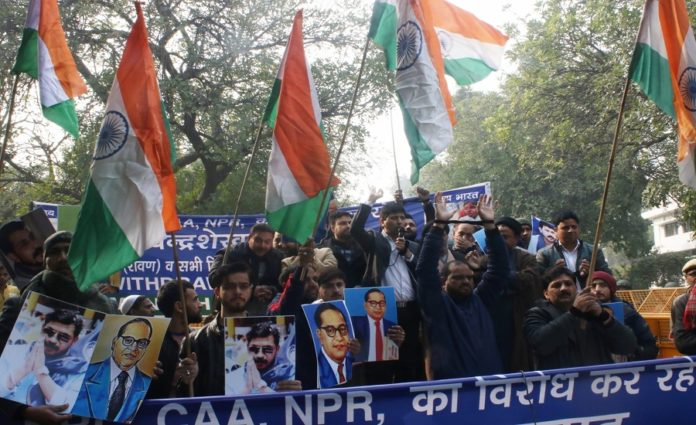 Amid uproar over the Citizenship Amendment Act (CAA), around 50-60 people staged a protest in Jor Bagh area here demanding the release of Bhim Army chief Chandrashekhar Azad.”Situation is peaceful here (in Jor Bagh), there is a gathering of 50-60 people only. They have been requested to disperse from here.

Lead by additional DCP Delhi South, police officials cajoled the crowd to disperse from the area to avoid any conflict.Earlier, Delhi Police had said that Bhim Army chief instigated a mob of around 4,000 people outside the Jama Masjid on December 20.

A case is registered against Azad under Sections 147 (punishment for rioting), 148 (rioting, armed with a deadly weapon), 149 (unlawful assembly), 186 (obstructing public servant in discharge of public), 120B (criminal conspiracy) and other relevant sections of the IPC.

Amidst protest over the CAA and NRC, the government is taking the precautionary measure to maintain a peaceful and tranquil environment in the country.