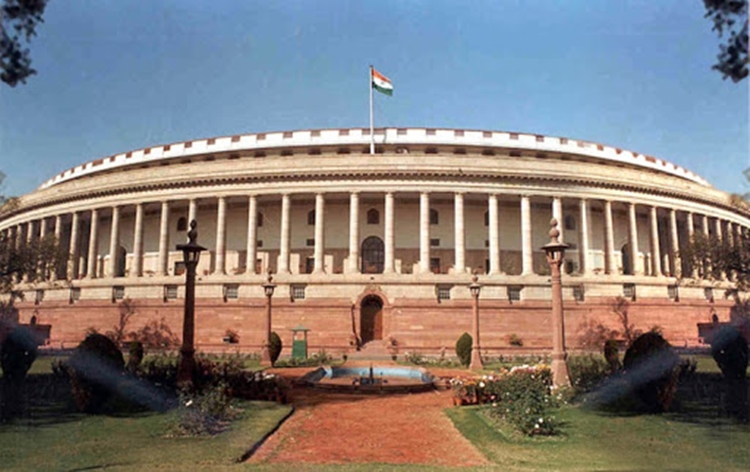 Proceedings in both the houses of Parliament were adjourned several times today following Opposition uproar against three farm laws. In the Rajya Sabha, members belonging to Congress, Trinamool Congress, RJD, DMK and Left parties forced repeated adjournments of the house. The house was adjourned thrice before adjourning finally for the day. The first adjournment came after 43 minutes leading to cutting short of the Question Hour.

Opposition parties staged a walk-out after their adjournment notices to discuss the farmers’ issue were turned down by Chairman M. Venkaiah Naidu. He asserted that the three farm bills were thoroughly discussed in the house and suggested to members to discuss the farmers’ issue tomorrow during debate on the Motion of Thanks to the President’s Address.

Keen on ensuring orderly functioning of the Upper House, the Chairman pleaded with the members to follow rules, maintain discipline and dignity while discussing issues of national and public importance.

Proceedings in the Lok Sabha also began on a stormy note with the Opposition disrupting the house over the ongoing agitation by farmers protesting against the three farm laws.

Agriculture Minister Narendra Singh Tomar today informed the Lok Sabha that the government is willing to discuss the three farm reform laws both inside and outside Parliament even as Opposition members continued their protests demanding their repeal. Their relentless protests and sloganeering soon after the house met at 4 pm led to adjournment of its proceedings in the house. Only a few questions could be taken up during the Question Hour before the house was adjourned.

Speaker Om Birla asked protesting Opposition members, including from the Congress and TMC, to go back to their seats as he assured that he will allow them to raise their issues. However, his request went unheeded.

Mr Tomar said, if the Question Hour had taken place, he would have answered a number of queries related to the farmers’ issues. He asked the Opposition to discuss the matter instead of wasting time. Adhir Ranjan Chowdhury of the Congress spoke briefly but protests continued, forcing the Speaker to adjourn the house again.

Several farmers’ unions have been staging protests on various border points of Delhi demanding the repeal of the farm laws. The Lok Sabha took up the discussion on the Motion of Thanks on the President’s Address when it met at 7 pm. With Opposition members raising slogans against the three farm laws, Speaker Om Birla asked them to go to their seats but in vain. Later, he adjourned the house for the day.