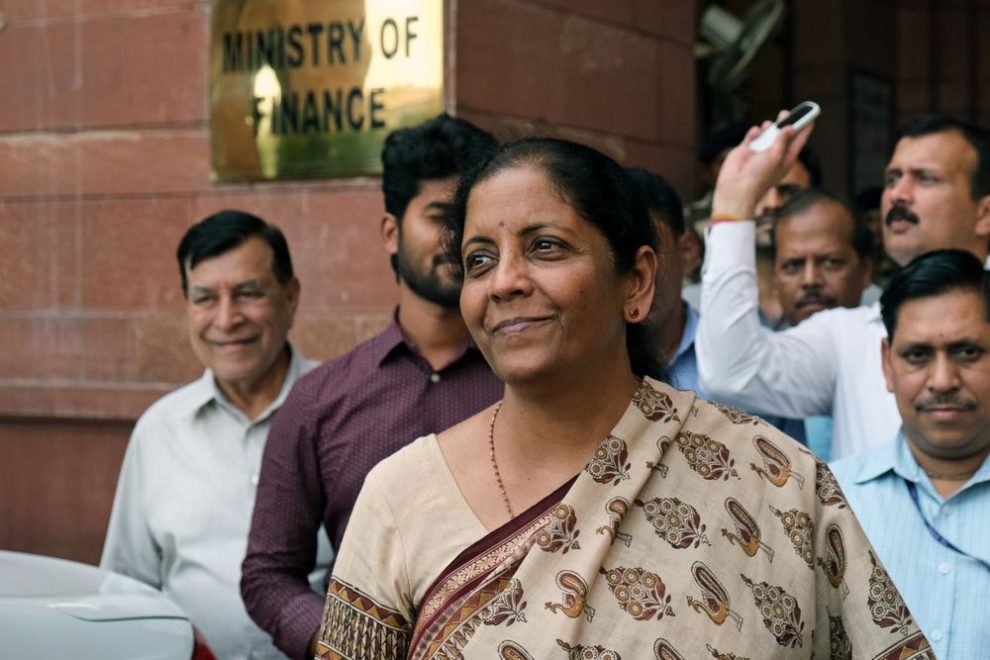 It’s one thing to announce plans and targets and another to have a roadmap to ensure these are achieved. Every year the government charts out goals in its Budget, however, the big question is whether there are enough resources in the kitty and the realisation that any shortfall would obviously lead to targets being partially fulfilled. Over successive years, a thorough homework has been seen to be missing!

In the recent Budget too, the spending spree and the emphasis on infrastructure development was widely hailed, but few raised questions about how resources would be actually raised to achieve the target. At the same time, another important challenge facing the country presently is of generating employment, which in the current scenario of encouraging capital intensive industries, to achieve economies of scale, may be extremely difficult to achieve to the required extent.

Coming to the privatisation strategy of the government announced by Finance Minister Sitharaman, the decision is to reduce the number of public sector undertakings in non-core sectors to just around two dozen from over 300 at present by handing over most to corporate houses and shuttling down loss-making enterprises. The final number would be decided by the Union Cabinet based on recommendations by NITI Aayog, which has been tasked with identifying the next set of companies to be offered for strategic sale. The planned disinvestment, it suggests, is still to be worked out or perhaps it will be done gradually, to ensure there isn’t much hue and cry, as trade unions are opposing the move.

It has been made absolutely clear there will be few key strategic sectors and in these key segments, there will be a maximum of three or four public sector units. The Minister identified atomic energy, space, defence, transport, telecommunications, power, petroleum, coal and other minerals and banking, insurance and financial services as strategic sectors.

One cannot but agree that the whole private sector, not just a select few, are not as efficient as made out to be and R&D to make them innovative is virtually absent. This sector has no interest to take over loss-making public sector units with potential and is only interested in the profitable ones. Also it needs to be mentioned here that working conditions in most private sector units are not the same as in the PSUs.

If .one compares the banking sector, it would be found that the salary structure in private banks such as Bandhan Bank, IDFC Bank, Karnataka Bank etc. is much less than their counterparts in Public Sector Banks. Moreover, working hours are over 8 hours – at least 10 hours — a day for private banks and non-banking financial companies. The private sector companies get the work done with fewer employees, thereby curtailing the space for increased employment generation and garnering more profits. Thus, the belief that privatisation would work wonders and help the overall economic situation, is difficult to believe.

One cannot deny the fact that PSUs have helped in achieving self-reliance but the recent thrust on privatisation does not augur well for the economy. One may refer to China whose economic rise has been due to its strategic use of public sector enterprises. In fact, about 100 of the Fortune 500 list are Chinese public enterprises. While around the world the tide is turning, India wants to go the other way.

As regards profitability, the public sector in the country scores high – net profit by profitable PSUs are Rs 1.6 lakh crore and their dividends amount to Rs 77,000 crore. The losses of loss making PSUs are just around Rs 3500 crore. Thus, from the financial standpoint, there appears no justification for privatising the PSUs. The public sector’s gross capital formation/investment (GCF) is about 24 per cent of India’s GCF.

There is also need to question that except a select few, the innovation potential of the private sector is poor as its R&D expenditure is much less compared to the emerging economies. As such, technology or innovation development potential being not sufficient by most private units, these have no other option but to depend on the government’s research institutions for their upgrade or modernisation.

Considering all this, it is indeed surprising why the government wants to go all out to privatise instead of turning around the PSUs. If, however, in a particular field, a private company can be identified to have the expertise, a 25 or 39 per cent share could be given to the latter. And this private party has to be selected with a clean and transparent record. The strategy should be tried for companies like BHEL, Container Corporation, BPCL etc. as also the two banks the government intends to fully privatise, which have not been named yet. While there is talk of Bank of Baroda and Punjab National Bank on its list, the government not coming out forthright, raises questions if the homework is not thorough.

The whole economic strategy or privatisation plan being adopted is unfortunately a replica of countries of the western world or South Korea, Japan etc. But the ground situation is entirely different here. The high population density in the country, with such a large number of people entering the labour force, which included both educated and skilled professionals, calls for adoption of a different strategy. Added to this, in recent times due to agriculture being not quite remunerative, there is addition of people without employment or remain underemployed, thereby rendering the comparisons being not quite justified and rational.

Thus while on the one hand going all out for infrastructure development may be justified, on the other the fiscal deficit may be much more than 6.4 per cent targeted in 2021-22. But privatisation per se has to be preceded with a white paper, detailing with technical justifications for such action company-wise. Also the loss of employment has to be considered given that it is well-known that the private sector, in the name of efficiency and higher profits, will unhesitatingly reduce the work force in each unit. Finally, the recent observation of Prime Minister Modi assigning to the private sector a bigger role in the economy of the country may not be off the mark, but his team must realise that it cannot and shouldn’t be by handing over the PSUs to it. Instead of privatising State properties, which the government proposes to do by offering a disinvestment package, it could instead extend all help to this sector, as it does, to create wealth. And it must remember, privatising cannot help the poor or create jobs, as Modi erroneously pointed out. An economic strategy has to be well-thought out and a roadmap discussed with all players such as experts, industrialists and bankers before taking any major step.