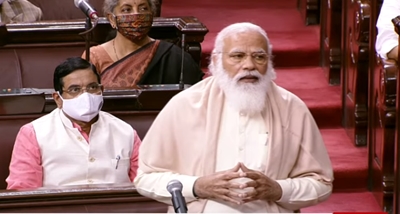 Mr Modi said, as a leader of Opposition, it’s easy to engage in party politics, but Ghulam Nabi Azad ji rose above this. He said, during the pandemic, it was Ghulam Nabi Azad’s proposal to call an all-party meet to fight the crisis as one nation. NCP leader Sharad Pawar said Ghulam Nabi Azad served the nation with utmost sincerity in different capacities.