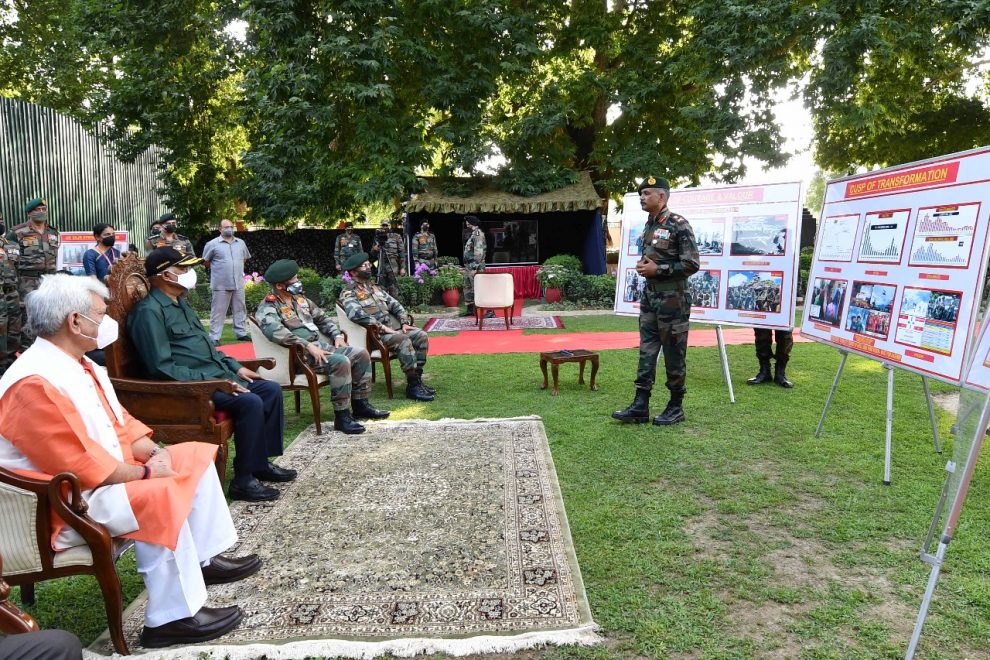 President Ram Nath Kovind on Tuesday interacted with soldiers at the headquarters of the army’s 15 Corps here and lauded them for fighting terrorism and maintaining peace in Jammu and Kashmir.

He also appreciated the high morale of the troops and their exceptional courage and professionalism.

”President Kovind visited HQ of 15 Corps in Srinagar. The President interacted with the troops and complimented them for maintaining peace, fighting terrorists and safeguarding borders,” the President’s office tweeted. He appreciated women officers for serving the nation in various capacities in the armed forces, it said. In a message in the visitor’s book, Kovind said that he was pleased to know about the tradition of the 15 Corps in effectively fighting against anti-national and anti-social elements while safeguarding country’s borders. They have maintained high morale amid sustained challenges and have demonstrated exceptional courage and professionalism while discharging their national duties, the president wrote.

”I express my best compliments to all the soldiers and officers for their extraordinary service to the nation,” he wrote in the visitor’s book.

Violence was never part of Kashmiriyat: President Kovind
Bhawani Devi, the daughter of a priest who won India’s first-ever fencing match in the Olympics
Comment