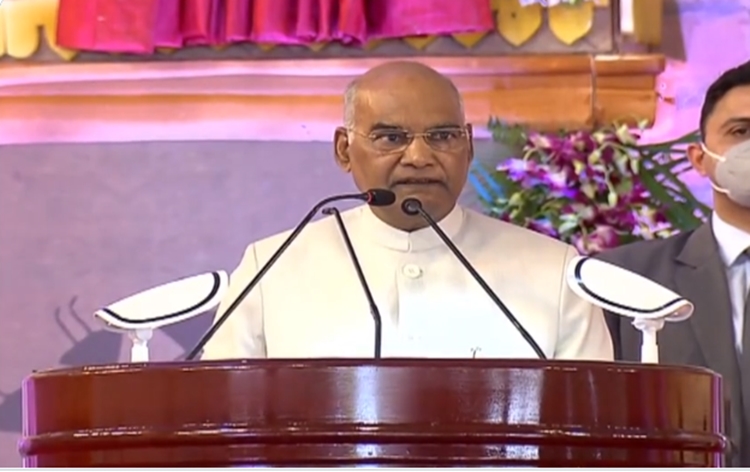 In Madhya Pradesh, President Ramnath Kovind said that if we want to connect with the roots of the humanity, then the tribal lifestyle has to be adopted. He also told the citizens to ensure that tribal communities get equal opportunity to participate in modern development and at the same time maintain their tribal identity.

The President, who is on a two-day visit to the state, was addressing a state-level tribal conference at Singrampur village in Damoh district of Madhya Pradesh today.

Earlier President Ramanath Kovind laid the foundation stone for the development and renovation work of Singourgadh fort and unveiled bronze statues of Mahatma Gandhi, Ram Manohar Lohia and Pandit Deendayal Upadhyay through virtual mode in Singrampur village of Damoh district in MP today. The statues have been installed in the Belatal area of Damoh city.