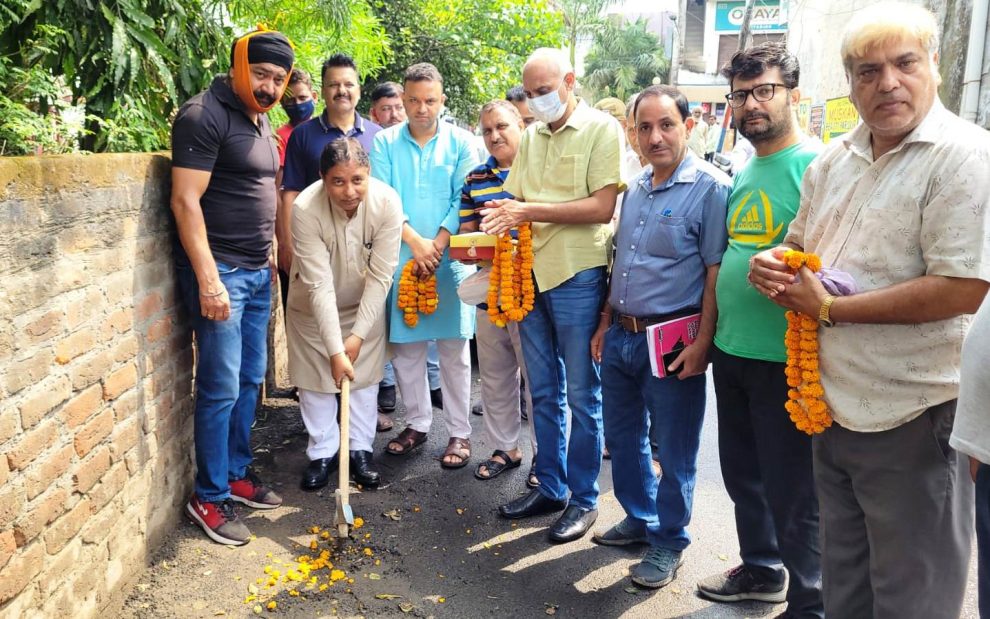 Jammu: Stating about the importance of cleanliness to avoid the pandemic like situation in surroundings, Former Minister and Ex MLA Jammu West Sat Sharma (CA) along with JMC Corporator Ward 35 Yash Pal Sharma(Mantoo) started construction works of Drains at Shant Nagar area opposite Dream land school and near Durga Mandir. Sharma was also accompanied by Mandal President Raveesh Mengi and several others including local residents and political activists of the area.

The works will be done at an estimated cost of Rupees 9 lakhs and the funds were allotted to the local Corporator.

Speaking on the occasion, Sat Sharma said that prior to 2014 there was no awareness made by the Governments to build a Clean and Green India but the day BJP was chosen to power by the public, PM Modi made one of its priorities to make people everywhere aware of the importance of cleanliness and its impact on the generations to come. He said works with best quality for streamlining drainage system is being done not only in Jammu West but in every nook and corner of J&K UT which has also led to participation of public at large in the matters related to a clean surrounding. Now people believe in the vision of “Swach Bharat” and keeping our aura clean will also help in avoiding the pandemic situation which is still present around the globe, he added.

Yash Pal said that door to door awareness regarding the proper disposal of garbage is also being done so that no one throws the garbage in the drains which ultimately leads to their blockage and further creates chaos type situations for the locals. He said during the tenure of Former MLA major Deep Drains in the Constituency (Nullahs) were streamlined by spending crores of Rupees which has led to the formation of a clean Constituency, he quoted. He also talked about upcoming works to be taken up in the ward.