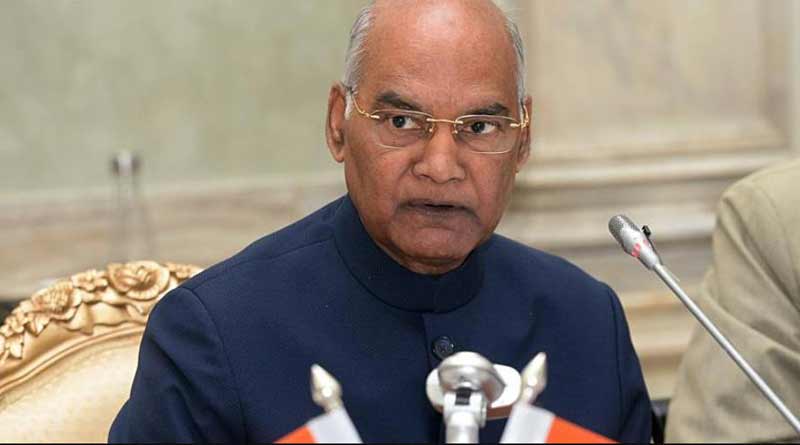 President Ram Nath Kovind, who was on a four-day visit to the Union Territory of Jammu and Kashmir since 25th of this month, is returning to the national capital today. On his arrival on 25th of July, he was welcomed by J&K Lietenant Governor Manoj Sinha among others and was accorded Guard of Honour at the technical Airport Srinagar.

On his second day of visit, he paid his tributes to the Kargil martyrs who sacrificed their lives for the nation at Dagger War Memorial at Baramulla in north Kashmir instead of his scheduled visit to Drass in Ladakh since his chopper couldn’t take off from Srinagar owing to inclement weather conditions. Thereafter, Mr Kovind visited the world famous tourist resort of Gulmarg in Baramulla district and interacted with Army Soldiers and civil officers and applauded their works. There he also visited High Altitude Warfare School.

Yesterday, Mr Kovind addressed the 19th Annual Convocation of the University of Kashmir at Kashmir International Convention Centre (KICC) situated on the banks of world famous Dal Lake in Srinagar and awarded ten gold medals to the students who had passed out their streams for the session 2020-21.