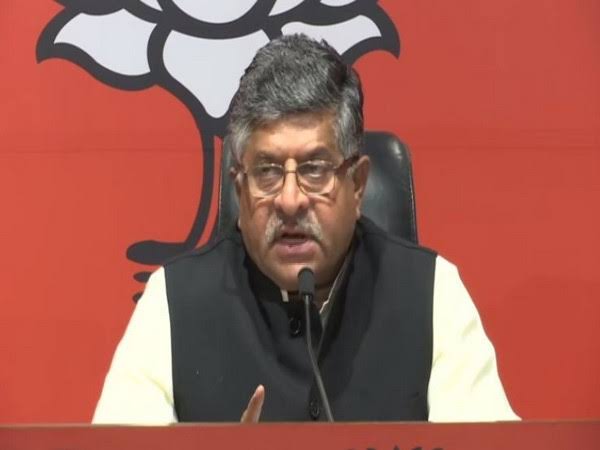 Showing concern towards the safety and security of women and children, Union Minister Ravi Shankar Prasad on Thursday wrote to the Chief Justice of Gujarat — Vikram Nath, demanding him for “setting up fast track special courts” for speedy trial and disposal of rape and Protection of Children from Sexual Offences (POCSO) Act related cases.
A copy of letter accessed stated that to support the efforts of the State governments, the Ministry of Law and Justice has launched the scheme for “setting up fast track special courts for expeditious disposal of rape and POCSO Act cases” as a centrally Criminal Law (Amendment) Act, 2018, by ensuring targeted disposal of pending rape and POCSO Act related cases. “It is important to have effective and regular monitoring of the trials in various fast track courts under your jurisdiction,” the letter sent to Nath read.

Asking the Chief Justice to ensure coordinated action with the state government for early setting up of the fast track special courts, he said: “I would request you to also give directions for the special courts to be given necessary infrastructure and manpower resources and that cases are quickly transferred to them for speedy trial and disposal,” adding that the Registrar General may liaise with Secretary, Department of Justice in case of any difficulty.

Stressing that the special courts should follow due procedures to expedite the process of trial and due sensitivity is shown to the victims of these heinous crimes, Prasad urged the Gujarat CJI to set up a mechanism in the state High Court for regular follow-up, collection and collation of data and sending it to the Department of Justice also on a monthly basis.He said that the Union government is committed to support the efforts in enhancing the safety of women and children in every possible manner.”I am confident that speedy trial and disposal of the said cases in view of the Criminal Law (Amendment) Act 2018 will ensure prompt delivery of justice to the victims of these heinous crimes,” Prasad said in the letter.