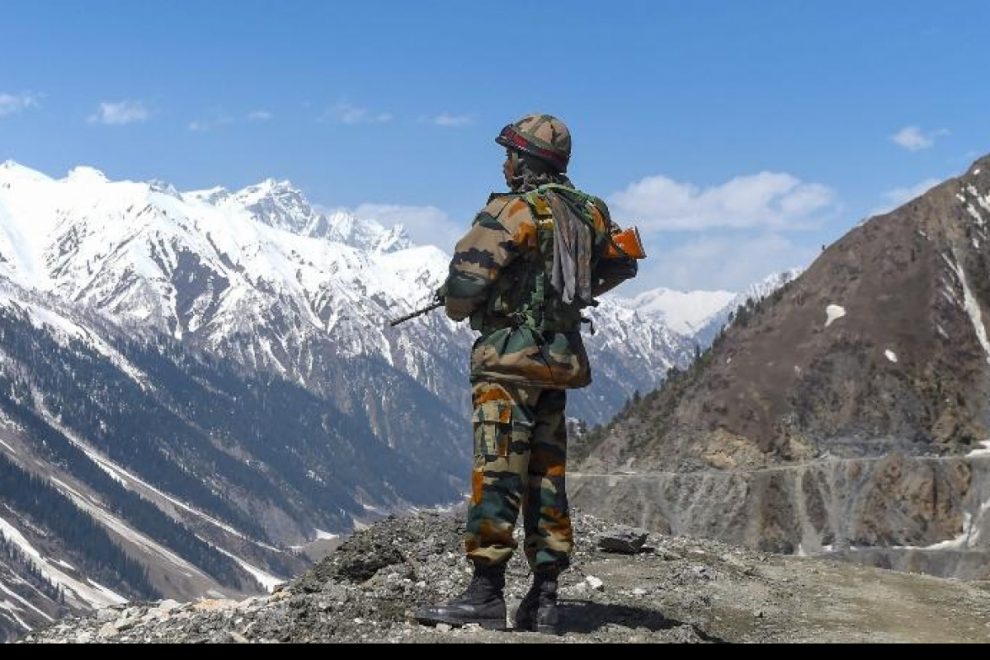 A society is a group of people involved with each other through persistent relations, or a large social grouping sharing the same geographical or social territory, typically subject to the same political authority and dominant cultural expectations. While these words try to explain the ideal conditions of a civilized society, with giving due credence to words like sharing, culture and expectations, this very concept of society is far from reality when we see the plight of minorities in far flung and remote areas of Jammu and Kashmir.

It was the infamous night of 17 April 1998, when the people of the minority community in hilly regions of Reasi were again struck with sheer barbarism by Islamic Jihadi groups in which 29 men and women were martyred and some of them were even beheaded or burnt alive. This act of terror is commonly referred to as Prankote Massacre. The affected regions from which forced mass exodus of Hindus occurred also include Dadikote & Aranas.

When one reads into the past as it was then reported to be, villages resembled ghost areas with beheaded bodies lying scattered. The tales of that horrific night can send shivers up the spine of any sane person.

The ‘society’ which boasts of its principles, often forgets such incidents and they are just remembered for a political reason on the eve of elections or given hollow annual tributes. Our “Sabhya Samaj” should keep its head down in shame till these victims get justice and start living a life with dignity and honour.

The sad part of the migration of Hindus of hilly regions of Reasi is that they were not even treated as migrants till recent past. Their tribulations have fallen to deaf ears and we see no “so called” stalwarts or champions of human rights coming to the forefront for the cause. Even the pseudo regional voice claimants are silent. They migrants themselves had to raise their concerns and grievances with the authorities, instead of state machinery taking the initiative to look into the matter and mitigate their problems.

The questions which arise from such a state of affairs are that – is this migrant population being treated in such a manner because of appeasement policies for a particular community still being followed by the authorities?  Even after being a witness to mass exodus of minorities from Kashmir and its national and international ramifications, haven’t we learnt our lessons? Many more such questions arise in an unbiased and just mind. We fail to find to a rational reason for such apathy, as it might cause further deepening of the existing divide in the society.

This type of attacks on the society were well orchestrated to change the demographic pattern in the areas adjoining Pir Panjal ranges and if one checks the chronology of the events or pattern of terrorist activities during that era, it includes intimidation of minorities as in Doda and Kistwar regions. The facts speak for themselves. The argument is supported by another infamous incident of Chamba massacre in Himachal Pradesh in which people of Hindu community were martyred and intimidated just to give buffer to the influence region of Islamic Jihadis operating beyond Pir Panjal.

Post the migration, the suffering population was given immediate shelter in vacated temporary accommodation of NHPC labourers, which until now is the place of residence for the natives of Arnas, Dadikote and Prankote. These people, who left behind their land, livestock and most importantly their emotions and sentiments attached to their native place, now live in despair.

The melancholy saga doesn’t end here. If one looks at the living conditions of this community, the basic facilities being provided to them & opportunities for them to earn some respectable living, one gets shocked to discover that some of these people had reached the verge of even selling their children to feed themselves.

How can we become a “Vishwa Guru” & have a desire to lead the Globe and how our nation will achieve “Param Vaibhav” if such black spots exist in our own democratic system.

Existing living Conditions in the Migrant Camp at Talwara are miserable while the air conditioned district administration headquarters is only a few kilometers away, turning a blind eye towards them. The dwelling units have been rendered unsafe for living by NHPC and they are not being maintained regularly by any agency. Merely one room shelters have now been extended by a few people. Existing shelter roofs are made of asbestos sheets which are hazardous for living. The accommodation there is as good as slum dwellings.

While we are striving for Open Defecation Free India, the condition at Talwara is so dismal as there is no proper drinking water supply arrangement. People have to fetch water from a far place for their survival. There is no existing drainage system, which puts the population staying there in the danger of an outbreak of disease.

The erstwhile school situated at Prankote was shifted to Talwara which has now admission of approximately 400 students. The same is running in just three rooms, with a teaching staff existing of four teachers.

There is no permanent medical facility existing in this area and the problems have far reaching consequences when we see the ground reality of ongoing Ayushman Bharat and Beti Bachao Andolan initiated by our government here. It is saddening to note that there is an Anganwari centre but that too has been engulfed by corrupt practices and the beneficiaries are kept at bay by the system.

A few of the locals have resorted to pig rearing and the colony is infested with animal population which speaks for itself in what environment they are existing, and living for them is a distant dream .

Genuine Rehabilitation of these people has been left to imagination. Moreover, most of the people have a complaint that with respect to the relief package, there is a lot of inertia in the government agencies to add new families or “Kumbhas” and it is also infested by corrupt practices. With the ever rising inflation, it is easier said than done to survive with some food grains and a sum of approximately Rs 13000 per month provided to them. These migrant families had agricultural activity as their primary source of income and now they are unable to attend to their agricultural land. Considering their physical loss of property in terms of agricultural land they should be paid compensation for their agricultural land income by the state, and the demand seems to be a genuine one.

If we consider and understand the words “we the people”, then why there is an approach of religious discrimination towards these people and the population of these areas in general. Undeniably, this was an act of selective persecution of Hindus in Jammu and Kashmir to create panic and fear among the minorities. Since early nineties, a plethora of projects have been undertaken by Ministry of Defence under the name Operation Sadbhavna, Is this Sadbhavna limited to Jhelum Valley only? When one sees Military establishments just a few kilometers from this migrant colony, one is compelled to ask what sort of approach did a unified command of civil and military authorities have followed in the past in integrating the state where this particular region is also affected by insurgency and terrorist activities. On one hand, we talk about winning the hearts and mind of the people in Jhelum Valley region, while on other side, in this relatively calmer area from security point of view, we may be missing the woods for the trees.

While Reasi has been put on the world’s map by the government by building the highest arch rail bridge, at the same time, nightmares of these Hindu migrant people and sense of fear amongst them is growing day by day under the shadow of the same bridge. The haunting memories of the bloodbath of that night have crippled the souls of these people for which there is only regret remaining. It is the same land where lies the abode of General Zorawar Singh Kahluria, the architect of the erstwhile Dogra State and now a deplorable place of these migrants.

Every year, these migrants remember their lost ones on 17th April but no initiative has ever been taken by any government to rebuild their houses, rehabilitate them, and provide employment. Is this an abrasion or gross neglect on part of the administration? In any of the case, the mistake done in the past must be corrected immediately so that these people get back their self respect.