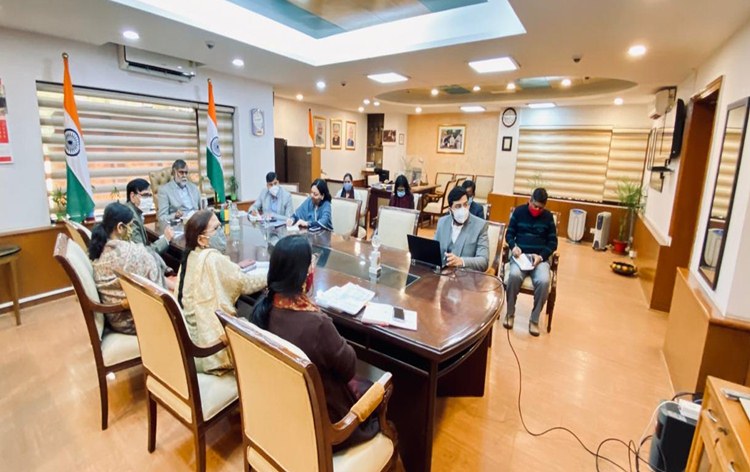 A detailed presentation was given about the present status and progress at various monuments. Mr Patel laid emphasis on timely completion of projects and asked the officials to review the amenities proposed under the MoUs in discussion with the nodal departments from time to time. He said, Adopt a Heritage is a well-conceived initiative and hoped that by leveraging CSR, this project would help in providing the basic amenities such as cleanliness, safe drinking water, light and sounds in the lesser-known monuments.

The Ministry of Tourism runs the Adopt a Heritage: Apni Dharohar, Apni Pehchaan project which is a collaborative effort by the Ministry of Tourism, Ministry of Culture, Archaeological Survey of India and State Government for developing tourism amenities at heritage or natural or tourist sites spread across India for making them tourist friendly, in a planned and phased manner.

The project aims to encourage companies from public sector, private sector, trusts, NGOs, individuals and other stakeholders to become Monument Mitras and take up the responsibility of developing and upgrading the basic and advanced tourist amenities at these sites as per their interest and viability in terms of a sustainable investment model under CSR. They would also look after the Operation and Maintenance of the same.

Under the project, 27 MoUs have been awarded to 12 Monument Mitras for 25 sites and two Technological interventions across India.