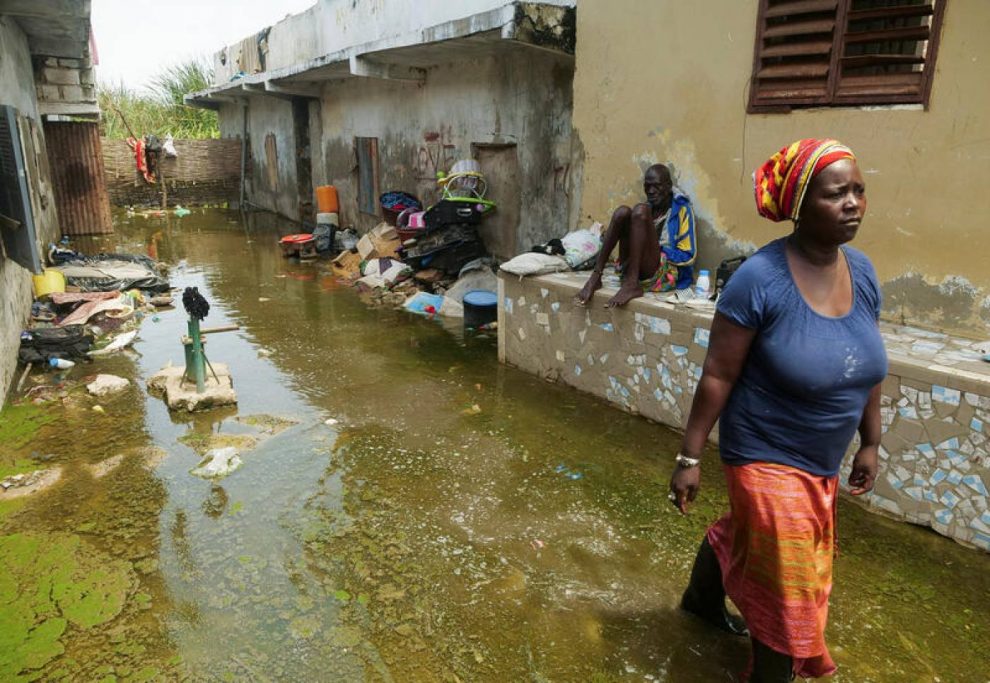 BARCELONA: Many developing nations are under huge financial stress from the COVID-19 crisis, making it more important than ever that they receive the funding promised by rich nations to help them tackle climate change, said the head of the Green Climate Fund.

Yannick Glemarec said the poorer countries the fund supports lack the financial means to jumpstart their economies and are struggling to access capital, while their revenues from taxes, commodity exports and remittances have plunged.

“For a number of developing countries, it’s a perfect storm,” the executive director of the multi-billion-dollar Green Climate Fund (GCF) told the Thomson Reuters Foundation.

As a result, it would be “dramatic” if wealthy governments backed away from providing the $100 billion a year they promised to raise from 2020 onwards to enable vulnerable nations to grow cleanly and adapt to a warming planet, he said in an interview.

That pledge is a key pillar of the 2015 Paris Agreement on climate change, and countries speaking at a summit to mark the pact’s fifth anniversary on Dec. 12 should reaffirm it and show how it will be met, he added.

“This commitment is critical to enable the most vulnerable to be able to achieve their climate ambition,” said Glemarec, a former senior U.N. development official.

The latest figures from the Organisation for Economic Co-operation and Development show that climate finance channelled to developing states rose by 11% to $79 billion in 2018 – about $20 billion short of the 2020 flagship goal.

Donor countries should also maintain broader aid to poorer nations, despite their public finances also coming under pressure because of the pandemic, Glemarec added.

Last month, the British government said it would cut its aid spending to 0.5% of gross national income in 2021, down from a legally binding target of 0.7%, although it vowed to honour a promise to double its climate finance in the coming five years.

Glemarec also urged wealthy governments to make a far bigger effort to ensure their coronavirus stimulus spending led to greener economies – which has not been the case so far, he said.

“We are still at an early stage of the recovery, so we still have time for a course correction. But the first few steps are not in the right direction,” he said, noting some countries were doing better than others.

According to the Energy Policy Tracker, compiled by a coalition of research groups, 29 major economies have so far pledged about $256 billion to fossil fuels in their pandemic recovery packages, or 53% of all public money for energy-intensive sectors, with only 35% earmarked for clean energy.

Glemarec said it was essential to align funding for COVID-19 recoveries, climate action and international development so that the money could achieve the largest possible impact in terms of curbing global warming and tackling poverty.

A paper published in the journal Nature Climate Change in August said an economic recovery tilted towards green stimulus and reducing fossil fuel investments would make it possible to shave 0.3 degrees Celsius off future warming by 2050, he noted.

Given the accelerating pace of planetary heating, developing countries needed money now to deal with climate impacts, he added.

To that end, the GCF has set a new goal of approving $1 billion at each board meeting it holds – usually three per year – to drive projects in things like clean energy, forest protection, and making infrastructure and agriculture more resilient to climate change.

Since the pandemic hit, it has also provided grants to help developing nations plan green recoveries from the crisis.

A key GCF aim now, Glemarec said, was to use its resources to mobilise more money from the private sector for “blended finance” projects working with those most vulnerable to climate change, who are often perceived as too risky to invest in.

At its November board meeting, for example, the GCF approved $150 million for a climate fund to attract private investment into cities, states or provinces across 42 countries in Africa, Asia, Eastern Europe, Latin America and the Caribbean.

The money will back projects such as renewable energy, energy-efficient construction and solid waste management at municipal and other levels underneath central governments, working with small and medium-sized companies, Glemarec said.

While 70% of climate solutions need to take place at the “subnational” level, they suffer from chronic under-funding.

By contributing a 20% stake that will assume any losses first, the GCF hopes to smooth the way for other investors to put $600 million into the fund, managed by asset management firm Pegasus Capital Advisors.

The GCF has also allocated $30 million for a debt facility – which plans to raise $100 million overall – that will provide loans for off-grid energy companies to help them ride out the pandemic downturn, organised by Acumen, an impact investment nonprofit.

“Making blended finance work for the poor was important for us before COVID-19 – now it’s critical,” Glemarec said.