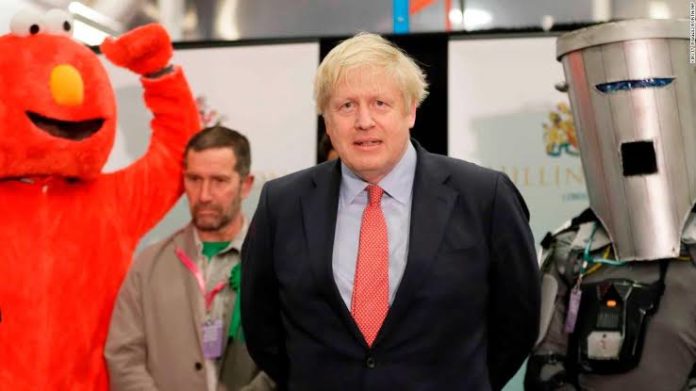 The pound shot up after an exit poll predicted a sweep by Prime Minister Boris Johnson in the recently held election in United Kingdom.
Sterling surged 2.3 per cent to USD 1.347 at 7:25 p.m. (ET), its highest level since May 2018. It also rose 1.9 per cent against the euro, CNN reported. The currency had been rising steadily in recent weeks as traders bet on a Johnson win. A solid majority in parliament would allow the Conservative leader to take the country out of the European Union by January 31 — removing some of the Brexit uncertainty that has hung over businesses and the economy for more than three years.
If the exit poll is confirmed, the election has also ended Labour Party leader Jeremy Corbyn’s hopes of transforming the UK economy through a spree of left-wing policies that scared the business community. His platform called for the nationalization of major utilities, tax rises for companies and higher earners and awarding 10 per cent of companies’ shares to their workers.
The poll predicts that Johnson will win 368 of 650 seats in parliament.
Investors believe a majority of that size would give Johnson more time to negotiate the country’s new relationship with the European Union following Brexit. He promised to agree on a trade deal by the end of 2020 when transitional Brexit arrangements expire — a deadline that if not met would mean significant barriers between Britain and its largest export market.
“He will be free to ignore the views of the more extreme elements of the party,” Adam Cole, head of foreign exchange strategy at RBC Capital Markets, was quoted as saying.
“An extension of the transition beyond the end of 2020 becomes that much more likely,” he added.