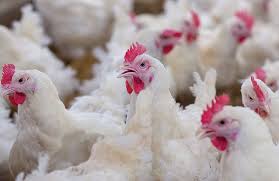 Srinagar, Mar 11: Amid the bird flu scare, over 70 per cent of poultry farms in Kashmir have been closed leaving hundreds of people jobless and causing farmers losses in crores.

Poultry farmers said that last year they suffered heavy losses due to Covid-19 lockdown and this year due to the rumour mongering about bird flu in the poultry.

Tariq Elahi, a senior member of Kashmir Valley Poultry Farmers Association (KVPFA) said that despite no case of bird flu was reported in poultry, people have stopped the consumption, “due to rumour-mongering and irresponsible reporting by the media”.

“Only one case was reported in poultry in Baramulla but that too was on a shop not in a poultry farm but people started spreading rumours that there is bird flu among poultry everywhere,” Elahi said.

Elahi said most of them have started the business on bank loans and by witnessing huge losses from last two years they are unable to return the money to the bank.

“Hundreds of people have taken farms on rent but due to bird flu scare, they too have closed their farms,” he said.

Elahi said to restart the farm, one has to purchase a chick for Rs 50 to 60 which they used to purchase in between Rs 20 to 30.

“Feed costs around Rs 80 per chick for about 30 to 40 days and then in the market we have to sell it Rs 80 per kg,” he said. “How farmers will restart their farms in such circumstances when he is getting Rs 80 per kg but he has to spend around Rs 120-150 at an average on one poultry bird.”

Elahi said, farmers have requested the government to look into the matter and come up with a package for poultry farmers or at least waive off their interests on bank loans.

Avian Influenza has been reported among dead crows, domestic geese and cocks in Jammu and Kashmir besides a single case among poultry in Baramulla.

Moreover, doctors have said that it is safe to eat poultry products if it is boiled properly, however precautions must be taken.