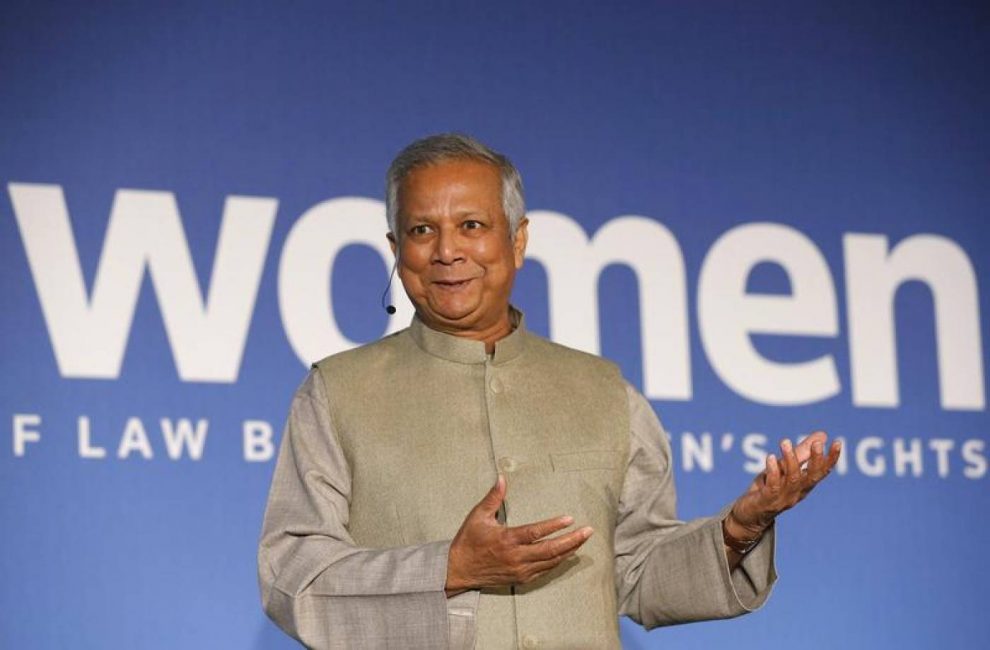 LONDON: Nobel Laureate Muhammad Yunus called on Wednesday for “outrageously bold” thinking to reshape post-COVID society, including the creation of a new type of bank to help millions of workers whose livelihoods have been hammered by the pandemic.

The Bangladeshi economist, nicknamed “banker to the poor”, said the crisis presented an opportunity to carve out a fairer, greener future for the world, which was currently “a ticking time bomb”.

Yunus told the Thomson Reuters Foundation’s annual event, Trust Conference, that COVID-19 had shown up the weaknesses in the global economy and society.

But he added: “When you hit the darkest part you come up with the brightest ideas.

“Why don’t we throw away all the old thinking? We have to be outrageously bold … to adopt things which were never adopted before.”

Yunus won the Nobel Peace Prize in 2006 with Grameen Bank, a microfinance organisation he founded in 1983 to provide loans to poor people who cannot access mainstream banks – an initiative that has since inspired similar programmes worldwide.

The 80-year-old economist told the online conference that a post-COVID future should be built on social businesses – enterprises dedicated to tackling social and environmental problems through commercial means.

People are not “money-making robots” and collective interest, not maximising profits, should be the driving force for business, he said.

Yunus said the pandemic had had a particularly devastating impact on people in the informal sector who make up 70% of workers in countries like Bangladesh and often have no savings.

He said informal sector workers should be recognised as entrepreneurs and called for the creation of “social business micro-entrepreneurial banks” to help them get back on their feet.

Social businesses could also be a solution for flawed healthcare systems whose failures had been exposed by the pandemic, Yunus said.

He criticised “selfish” rich countries buying up the production of COVID-19 vaccines, but warned that the pandemic could only be defeated together.

“If you keep one person unprotected, nobody’s protected,” he said.

Yunus said it was also time to rethink the world’s “urban-centric” economy which forces many people to seek work hundreds of miles from their homes.

In an age of modern technology, he questioned why many businesses, including call centres, could not be built in village areas.

The economist said he did not understand everyone’s eagerness to rush back to a pre-COVID era.

A world where about 1% of the population owns 99% of the wealth is a ticking time bomb and will “explode in anger, dissatisfaction and political upheaval”, he said.

“Why do you want to go back to that world? That world was a terrible world,” he added, alluding to climate change as well as the growing wealth gap.

“That world was like we (were) riding a big train, rushing to our death … We want to go back to ride that train again?”