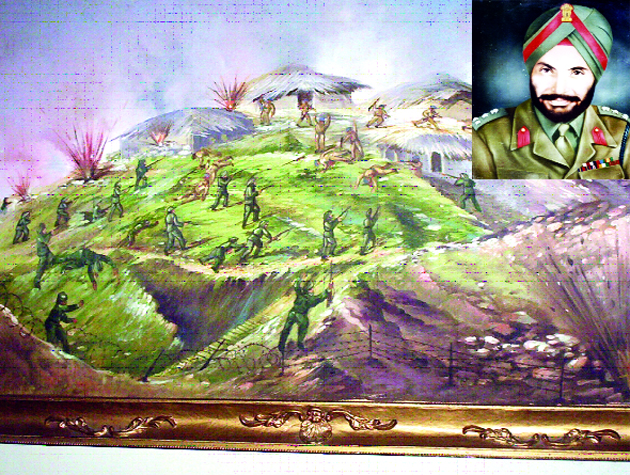 Jammu Poonch Link up on 21st November 1948 was the climax of Kashmir war during 1947-48 when the whole 250 Kms long strip in the south of Pir Panchal was liberated by the Indian Army inspite of great resistance and fourteen months siege of Poonch town by Pak forces. Major General Akbar Khan of Pakistan Forces who led the operation against India in 1947 under the code name of ‘General Tariq’ wrote in his book ‘The Raiders in Kashmir’ that Jammu Poonch link up was the biggest defeat of Pakistan sponsored forces in 1947-48 during Kashmir war. This day every year is celebrated by the Indian Army with the active participation of the people of Poonch with pride to remember the sacrifices of Martyrs of 1947-48 Kashmir war. This year an elaborate programme has been finalized by Commander Navdeep Singh Barar of 93 INF Brigade in collaboration with the public of Poonch.

Poonch principality had  become a centre of disturbances immediately after 15th of August 1947 AD. Sardar Mohd Ibrahim Khan, the member of Praja Sabha from Bagh, Sudhnutti who was earlier sent to England by Raja Jagat Dev Singh of Poonch on his expenses for Bar Act Law was practicing at Srinagar. He rushed to Poonch and started underground activities against Maharaja of Jammu and Kashmir in June 1947. Initially he organized about 60,000 ex-servicemen of Poonch principality (who participated in second world war) and motivated them for revolt against the scattered  Maharaja’s  forces  operating in Poonch principality.  In the last week of August 1947 Ibrahim Khan went to Pakistan, met Raja Yaqoob Khan of Hazara, the officers of Pakistan government and finally the Chief of NWFP Sardar Abdul Qayoom Khan and sought their armed help for revolt against Maharaja’s forces in the state. Pakistan Government not only provided him arms and ammunitions, contingents of armed forces but also  allowed about 30,000 tribe-men  to participate in revolt against the government of Jammu and Kashmir.

At that time there were only two battalions of Dogra forces in Poonch area, one at Bagh under the command of Colonel Malook Singh Hakal and other one was stationed at Palandri under the command of Brigadier Krishan Chand. These forces were further scattered in the whole Poonch principality. By assessing the situation that this       small contingent of Dogra force can easily be eliminated, Sardar Ibrahim Khan along with the contingent of Pakistan forces, local ex-servicemen and tribes-men (Afradies) of NWFP started big offensive in Poonch area against scattered Dogra forces.

Therefore these Dogra forces were not in a position to stop the big thrust of Pak sponsored attack and started retreating towards Poonch town. Upto 3rd of October 1947 the whole area of Poonch principality    except Poonch town was captured by the rebels and Pakistani forces. On 24th October 1947 Sardar Ibrahim Khan declared the formation of ‘Azad Kashmir Government’ at Plandri in Poonch principality. In these circumstances, Brigadier L.P Sen of Indian forces stationed at Uri was directed to move towards Poonch via Haji Peer for the relief of Poonch town. Due to the burning of an important Chanjal bridge in the base of Haji Peer, the Indian offensive brigade could not move towards Poonch. Only Brigadier Sen, Lt. Col. Pritam Singh and Kamaun battalion marched on foot towards Poonch and reached the town on 20th November 1947. After assessing the situation Brigadier L.P Sen after directing Lt. Col. Pritam Singh to command Poonch garrison  left back Uri on the same day. Immediately after the return of Uri Brigade, the raiders again cutoff Uri-Poonch road.

The people residing in the city were badly harassed and demoralized. About 50,000 people in the city were under the siege. These included 40,000 refugees who migrated from the rural areas of Poonch Illaqa. They were facing great accommodation problem. Every nuke and corner of the city was occupied by migrants. All the Government and non-Government buildings were fully occupied by them and thousands of people were living without shelter.  The refugees whose kiths and kin were brutally slaughtered by the enemy were full of sorrows. Even in the city the life of the people was in danger. There was a vacuum of administration. The officers were either shifted to safe places in Pakistan or migrated towards Indian side. The law and order situation was bad to worse. The goonda elements started looting and harassing the innocent people. Fortunately there was about 6,000 qtls of food grains available in the Government stocks at the time of siege, which was distributed among the people. But after some days the scarcity of food grains started in the city. There was no link with the rest of the country. Therefore, it was not possible to provide food to very body. Apart from the food grains there was  acute shortage of cloth, grocery items, salt, medicines, milk, oil etc. The salt was being sold at Rs. 40 per kg which was beyond the purchasing capacity of common man. Instead of taking food the poor people were compelled to eat even the roots of the bushes. The same was the condition of animals in the city. There were about 6,000 milch cattle in the city. Since all the surrounding areas were under the occupation of enemy and no grass was available, therefore, the people sold their milch animals even at the rate of  Rupees five cow. But nobody was ready to purchase these cattle. Therefore, the cattle started dying of hunger and the epidemic broke out due to the unhygienic conditions prevailing in the city. The proper medical care and even life saving drugs were not available, hundreds of people died in the absence of medicines. By this way, the siege of Poonch city was painful.

The construction of the Air Field was completed within a period of seven days near Poonch town. By this way in the first week of December 1947 Poonch city was air linked with the rest of the country when the first Dakota landed at Poonch by Air Commodore Mehar Singh. In the first flight Sheikh Sahib and Gopala Swami Ayer visited Poonch, met people, heard their problems sympathetically   and so the public residing in the besieged city got some relief.

After consolidating his forces, Pritam Singh started offensive on the enemy from April 1948 onward. Colonel Malook Singh with Dogra contingents assaulted on Krishana Ghati and captured it. Then Mulouk Singh captured Khanater, Salootri, Degwar, Serian posts and reached upto to Madarpur bridge. Dogra Hawaldar Krishan Singh and constable Buaditta fought so gallantly in these battles that they got Virchakar. On 10th  of April our forces assaulted on Khari Dharmsal picqet and captured it. On 13th of April Indian forces snatched Chhaga piquet from the enemy.

On the other hand, the operation rescue was started from Jammu side to link Jammu with Poonch in the month of March 1948. On 18th of March determined Indian forces captured Jhanger after killing 300 enemies. On 12th April 1948 our forces snatched Rajouri from Pak sponsored forces. Upto 20th June 1948 the Indian forces under the command of General Kulwant Singh compelled the enemy to vacate Thanna Mandi, Dhera Gali, Budhal, Buffliaz and Surankote. On 14th October Pir Bardeshwer and on 26th October Pir Kaleva in Rajouri were captured the Indian forces under the leadership of Brigadier Yado Nath Singh and Lt. Col. Jajgeet Singh Arora stormed Bhimber Gali and snatched this important pass from Pakistan. The advance continued on 19th November, Pir Topa was captured by Brigadier Umrao Singh of 19th Infantry Brigade. On the other hand, the forces of Poonch garrison under the command of Lt. Col. Chadnan Singh started advance from Poonch town towards Pir Topa. After crossing Panj Kakrian ridge reached Dhanina Pir on 20th November by killing more than one hundred Pakistani forces stationed there. On 21st of November the forces of Umrao Singh started advance from Topa towards Dhanina Pir  reached there on the same day and completed the Jammu-Poonch link up. This had become possible only due to the strong defence of Poonch town by Brigadier Pritam Singh who kept holding the town for 16 months inspite of repeated attacks by two Brigades of  Pakistani forces, the 60000 rebel of Poonch principality and 3000 lashkar of Afridi tribes. He fought such a courageous and determined battle during this period that enemy could not dare to take even one post from Indian jawans rather Pritam Singh captured all surrounding areas like Gulpur, Jhullas, Dokhri, Chajja, Kanuyian, Khanater etc before the operation Link-up.

By this way, the 14th month siege of Poonch city was got vacated. This was the biggest loss suffered by Pak sponsored forces in this sector.  The nefarious design of Pakistan of capturing Poonch by besieging the city of Poonch was foiled by the Indian army with the help of patriotic public of this region.

On 22nd November a full day Poonch Utsav shall be organized. The programe shall start with laying of wreath at Namman Sthal, releasing of balloons, homage to heroes and martyrs of 1947-48 war, displaying of Gattaka, Bangra, Malkham, Para motor and band display, Kashmiri, Pahari and Gojri dances and Demo of Bunker bursting.  For the first time in the evening, a colorful music concert shall also be organized in Poonch stadium in collaboration with All India Radio Poonch and J&K Cultural Academy for the amusement of public. 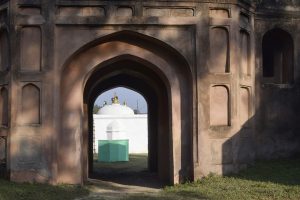 Political coalition between Rajouri state and the Mughals