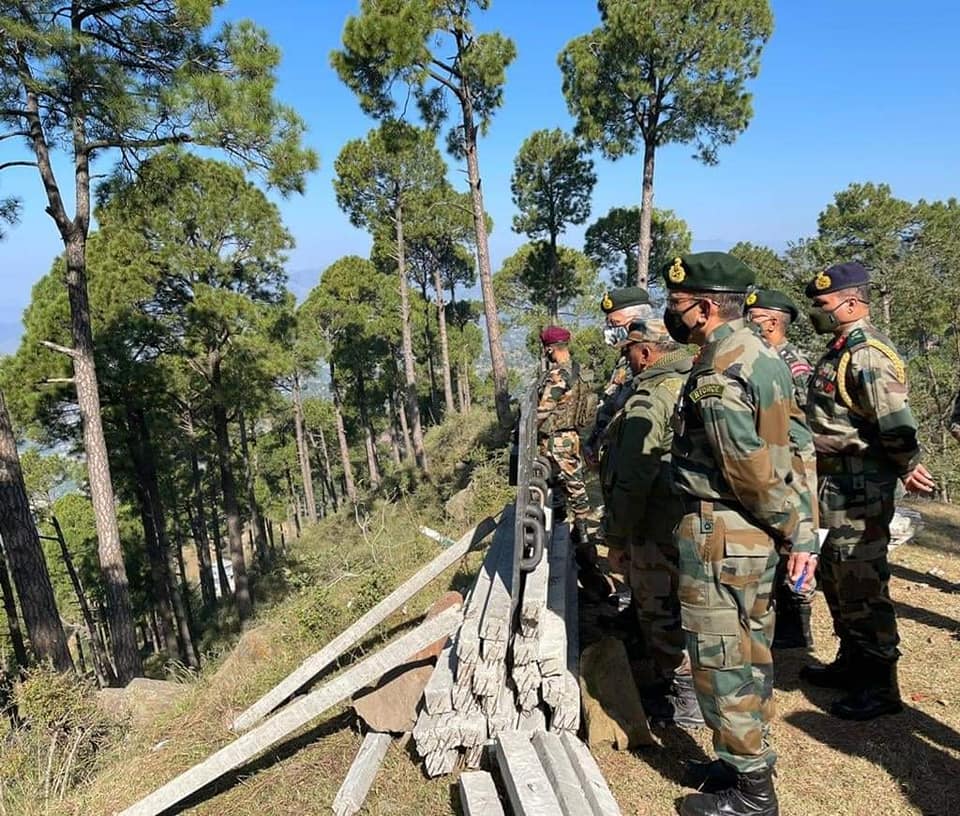 POONCH: As the anti-militancy operation in Bhata Dhurian forest area in Mendhar sub-division in Poonch district of Jammu region entered the sixth day, the army chief General MM Naravane Tuesday visited the encounter site to meet the soldiers on ground zero and to review the operational preparedness in the area of operation (AoP).

Official said as the operation is deliberate one due to tough terrain and dense forest, the army chief General M M Naravane visited the forward posts in Rajouri and Poonch districts including the area where anti-militancy operation is going on.

“He took the review of the security situation at the forward posts and also reviewed the operational preparedness,” the official, privy to the army chief’s visit. “He also met the soldiers on the ground and took feedback about the ongoing operation in the Bhata-Dhuria area of Poonch.”

Meanwhile, witnesses told that announcements were made from local masjids in areas adjacent to the Bhatta-Dhuria asking people not to venture out and not to go close to the Nar-Khas forests where encounter is underway. “The residents of these areas were also asked to keep their cattle and livestock safe,” witnesses said—(KNO)

Since 2020, 82 crimes, FIRs lodged against women in Kashmir
Over 3 lakh unorganized workers to be registered under scheme in Srinagar District
Comment