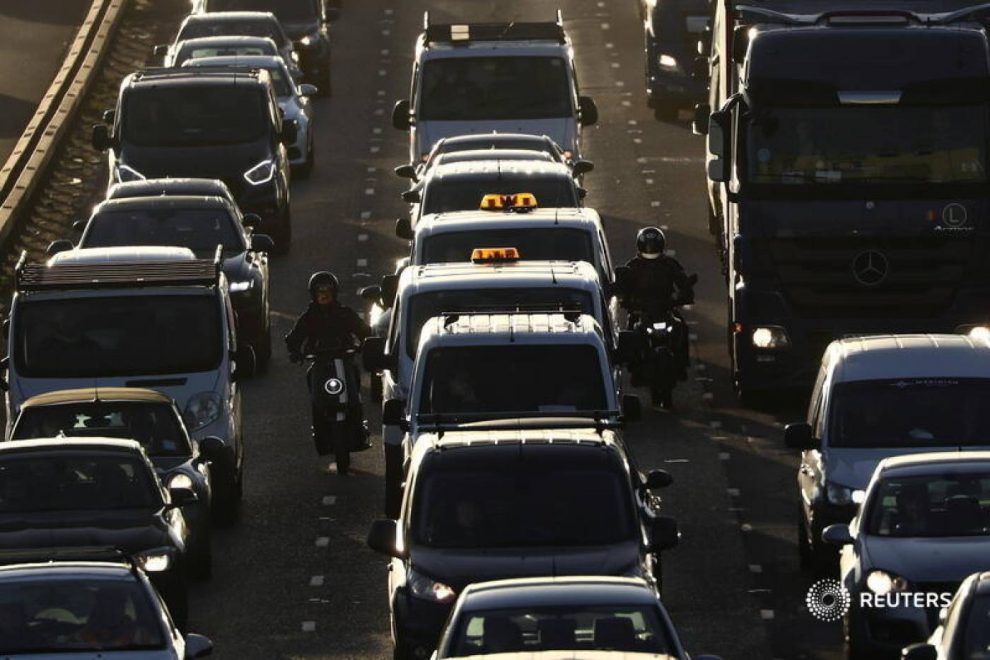 LONDON: Did air pollution kill a nine-year-old asthmatic girl from south London? That is what a coroner’s court is working out this week in a case that could pressure the British government to do more to tackle airborne pollutants.

While scientists and international bodies say air pollution causes millions of early deaths every year, an inquest verdict that blamed Ella Kissi-Debrah’s 2013 death on air pollution would be a global first, according to her family’s lawyers.

The Southwark Coroner’s court is expected to give a verdict next week.

What implications could this have in Britain and around the world?

Why is the inquest being held?

Kissi-Debrah’s family pushed for a second inquest into her death, arguing that an initial inquest in 2014 failed to consider air pollution as a possible cause.

They said there was evidence to link Kissi-Debrah’s hospital visits to illegal levels of air pollution near her home in Lewisham in south London.

“She had no choice but to breathe the dirty air around her,” said Katie Nield, lawyer at environmental law charity ClientEarth, which helped Kissi-Debrah’s legal team gather evidence for the inquest.

Under existing European Union laws, the annual average concentration level of nitrogen dioxide (NO2) cannot exceed 40µg/m3, and Britain has been failing to meet those targets since 2010.

It is unclear whether Britain will stick to that limit now it has left the EU, though the government has pledged to include air quality targets as part of its environment bill.

What are the implications of the inquest?

The inquest could push the British government to recognise air pollution as a major health concern, Nield said.

“Ella’s death certificate could be the first to identify the role that breathing dirty air has played in somebody’s death,” she said.

“It could indicate a link between her death and state failures and this could be one step towards imposing an obligation on the state to protect people’s human rights from air pollution.”

Nield added that it could potentially inspire similar action across the world, though different legal frameworks would make that difficult in practice.

“Governments have the power to change things and the law is a tool to prompt action to tackle those issues. They need to act to prevent future tragedies like Ella’s and the law needs to strengthen to better protect people’s health.”

How many deaths are linked to air pollution?

The United Nations says air pollution should be viewed as a human rights issue, causing 7 million premature deaths a year globally, including 600,000 among children.

Air pollution poses the biggest environmental health risk in the EU, where in 2018 about 379,000 premature deaths were linked to exposure to particulate matter, 54,000 to NO2 and 19,000 to ground-level ozone, the European Environment Agency (EEA) said in November.

Prolonged exposure to pollutants can cause diabetes, lung disease and cancer, and early evidence suggests air pollution may be linked to higher death rates among COVID-19 patients.

What is the UK government doing to tackle air pollution?

Low emission zones are seen as a way to tackle traffic pollution and there are now around 200 in operation across Europe.

With these measures in place, the capital is expected to reach legal pollution limits by 2025, according to a study by King’s College London.

Data by Imperial College London showed that the number of London schools located in areas that exceeded the legal limits of NO2 dropped by 97% to 14 in 2019 from 455 in 2016.

Britain said in November it would ban the sale of new petrol and diesel cars and vans from 2030, as part of what Prime Minister Boris Johnson is casting as a “green revolution” to cut emissions to net zero by 2050.

The government said last year it would bring in legally binding targets on air quality, waste reduction, biodiversity and cleaner water as part of efforts to combat climate change, improve the environment and rebuild the economy.

The targets will form part of the environment bill, introduced last year and set to resume its passage through parliament soon, which will force the current and future governments to focus on environmental improvements.