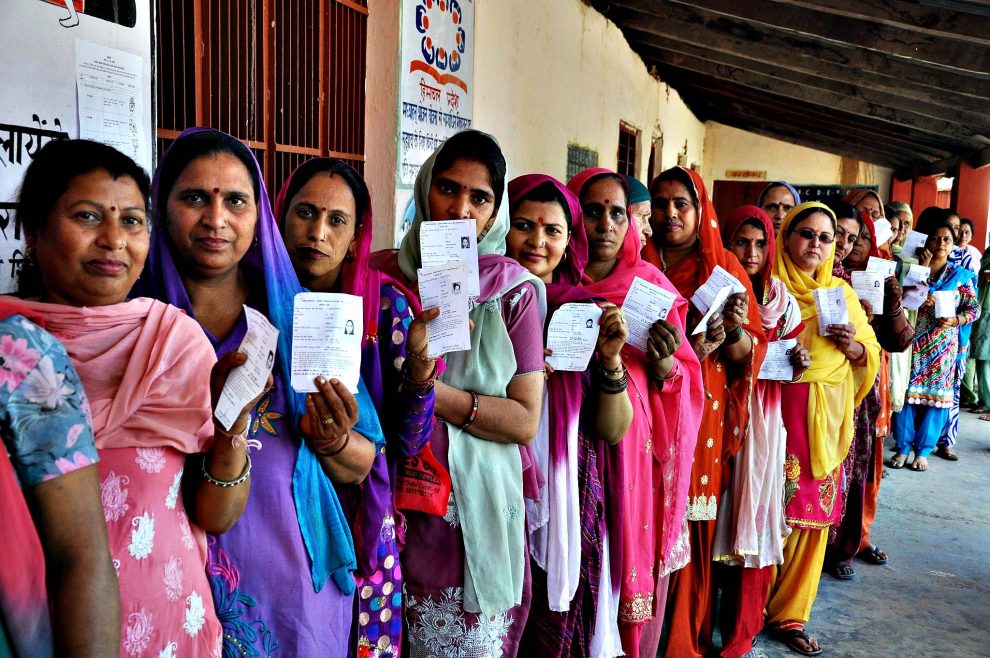 Poll promises as usual pour down during elections, be it the State assemblies or Parliament. However, these are tall promises made by political parties in their manifestos, which realistically cannot be implemented fully and even 50 per cent of these seeing light of day is rather rare. Worse, those doling out assurances have no qualms as public memory turns out to be short and those not so educated tend to believe in some of these.

At least the Madras High Court has taken cognisance of the trickery being unleashed. Dealing with a PIL recently in the matter, the two-judge bench observed political parties should be prohibited or prevented from giving election promises, which are capable of adding burden on the public exchequer. It also drew the Election Commission’s attention by inquiring how many manifestos it has vetted since 2014, what action was being taken against political parties for not implementing promises and whether the Central Government has taken any steps to bring legislation covering the issue of political manifestos, especially freebies promised in the election manifestos and governing the political parties

Undoubtedly, the court’s observations have countrywide resonance. That ‘the freebie culture makes people lazy, vitiates purity of elections, and must be viewed as a corrupt practice’, is an observation which must acted upon. Why not, the court asked “de-recognise elected political parties, who fail to implement their political promises based on which the voters are lured and the parties are elected to form the Government?”

Every political party, it observed, “is bound to make promises to voters giving their social policies and plans for improving the standard of living of the people by providing clean governance, infrastructure, especially, providing basic amenities like, water, transportation and health, which are expected in every democracy. However, the election promises made by the political parties are aimed at clinching power.”

So very apt this election season too. States such as Tamil Nadu, West Bengal, Kerala and Assam, have witnessed a shower of poll promises by all parties. The BJP particularly is going all out to woo the voters with star campaigners, Prime Minister Modi and Home Minister Amit Shah having addressed massive rallies. The party desperately seeks to dislodge the Trinamool Congress in Bengal while in Assam it wants to get re-elected and make inroads into Tamil Nadu. And while development issues have found mention in the manifestos, West Bengal has stood out in the attention it has garnered so far.

The focus has shifted to corruption of TMC and its leaders as also the violence it has spread in the rural areas. The BJP harks on it, and TMC hits back whichever way. Much of the promises made appear to have got relegated to the background, but worth a mention. The TMC has promised more jobs, industries and MSMEs and uplifting annual per capita income for people below the poverty line. It has also assured Rs 10,000 per acre per annum to small and marginal farmers. The BJP has assured one job per family, which appears unrealistic, given the sluggishness in manufacturing activities, at least in the State and that the country is witnessing the worst unemployment rate in four decades with economists predicting not much improvement this year and the next.

It would be worth referring to JNU Professor Santosh Mehrotra, who edited a recent book, Revising Jobs: An Agenda for Growth, which points out that the unemployment rate rose from 2.32% in 2011-12 to 6.1% in 2017-18 and this may be around 8 to 10% presently. He attributed this to several factors including decline in private investment, household savings dropping to a record low of 17% and no increase in government’s spending in the social sector, where funds benefit the poor and impoverished sections of society.

Clearly, job creation will remain stressed throughout the country and specially in Eastern States, which includes Bengal and Assam. Thus, the promise has little meaning though the voter may believe that if the BJP comes to power in Bengal, lot of Central investment may be forthcoming in future.

Given that the TMC has done much for girls’ education, the BJP announced free education for girl child from KG to post-graduate level. But this may is not realistic as the budget allocation for school and higher education has been reduced in this fiscal to a little over Rs 93,000 crore from Rs 99,311 crore in 2020-21. What is required is that drop-outs are monitored and the government ensure girls continue to study at least till Class XII.

Then there is the health sector, which has got into the list of promises. The BJP has promised three AIIMS, one each in North Bengal, Sunderbans and Jungle Mahal area, and a medical college in every district. Plus, it announced that in the first Cabinet meeting it would focus on Pradhan Mantri Jan Aarogya Yojana, which offers up to Rs 5 lakhs in hospital expenses every year to poor households, and health and wellness centres offering free primary care, diagnostics and essential medicines. Interestingly, the TMC government hasn’t implemented PMJAY and instead introduced Swastha Sathi scheme and assured doubling health spending from 0.83% to 1.5% of the state GDP and establishing of medical college-cum-super speciality hospitals in 23 district headquarters.

Such promises are oft-heard and welcome, but it certainly isn’t going to happen overnight and may only get to see the light of day in next five years, provided more funds are allocated. While infrastructure has been built in States to fight the corona virus, lot more funding is necessary. If at least 1.5% of GDP is allocated to health sector – much less than what 2.5% of GDP that the National Health Policy 2017 had stated — lot more can be accomplished in rural areas where medical facilities are most needed.

According to Prof. Indranil Mukhopadhyay of O.P. Jindal Global University it would take around Rs 9400 crores per annum to support health and wellness centres. However, the proposed budget for health in the current fiscal is a mere Rs 1900 crores. Even if additional Rs 150 crores is given, it would be much less than what is required for 50,000 centres to offer entire range of services.

So instead of comparing promises, efforts must be made by civic society to raise awareness among the people about these and whether these on the basis of facts can be delivered. This would put pressure on the politicians to deliver and not be allowed to get away with their forked tongues. Plus, a more educated electorate would be in a position to comprehend and demand as has been seen in Tamil Nadu and Kerala in comparison to West Bengal, which is marred in political violence and corruption.

The big question which needs to be addressed at election time is not which political party will win but whether its manifesto is realistic and people’s needs and demands will be victorious. The electorate must separate the wheat from chaff and keep in mind the Madras High Court’s observation: “Voters are lured to cast votes in their favour by these magical promises. Once in 5 years, this tamasha is being continued for decades together. Promises have always remained as promises…”