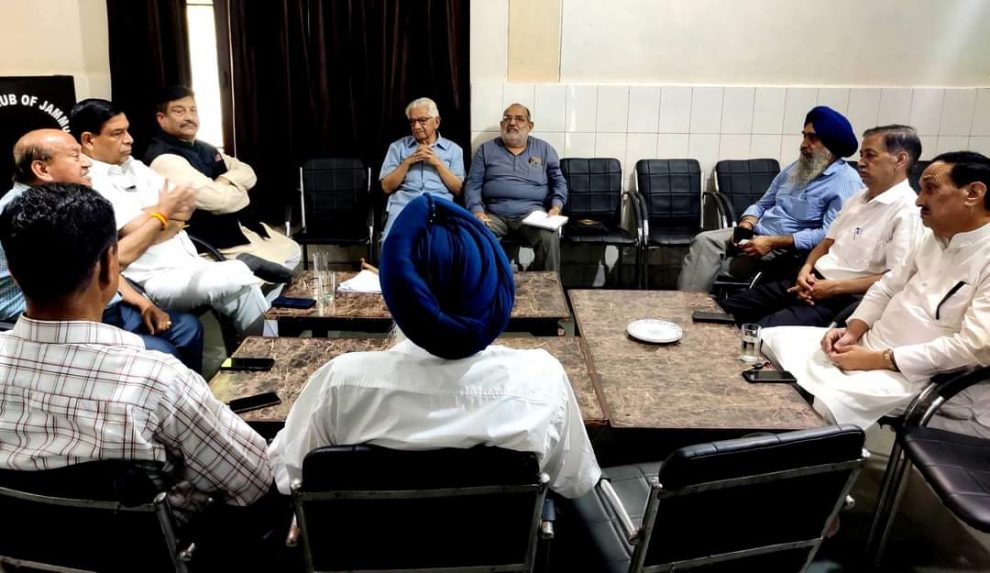 JAMMU: All major opposition parties including Congress, National Conference,PDP CPIM CPI, IDP besides several social organisations like statehood Mission, Deshbhagat Yaadgar Committee, and others have jointly rejected the delimitation report, în a meeting at press club today and decided to jointly launch the struggle to oppose it and awaken the general public, starting from a joint dharna this Week, în front of election commission.

Terming the report against the basic norms especially geographical realities norms of uniform population, compactnes continguity, connectivity and public convenience besides highly biased and politically motivated , at the behest of ruling BJP, the meeting decided to launch a sustained campaign to oppose it în public and educate the masses, starting from a silient sit în dharna infront of election commission here.

The Leaders of opposition political parties and organisations, after detailed deliberations, for three hours, a joint reaction strongly criticised the final report, attacking it on various grounds and referring to different areas,which have been Disturbed and unreasonably adjusted/readjusted ignoring ground realities of continguity, connectivity and public convenience.

The excercise of public hearing by the commission was an eye wash aș the draft report was prepared at behest of riling party ,which was widely opposed by the people from different areas, regions, districts and assembly segments, on varois genuine reasons but same was finalised, without properly considering the large no representations submitted by the general public and opposition parties.

The commission has neglected the fundamental principles and norms, i and done great injustice to different areas, segments and communities. .
The commission done great injustice with the people by clubbing the border areas of Rajouru poonch and Anantnag- Kulgam lok sabha, lacking proper connectivity, which is totally unjustified and it also nullified the genuine demand of additional lok sabha seat în Jammu region, în view of its vast area.

The meeting also expressed great concern over the all out attempts create communal polarisation and strongly condemned such actions of the communal forces encouraged by the BJP government and decided to defeat nefarious designs and maintain communal harmony.

The meeting reiterated its agenda of achieving the full statehood and early restoration of democracy under statehood.