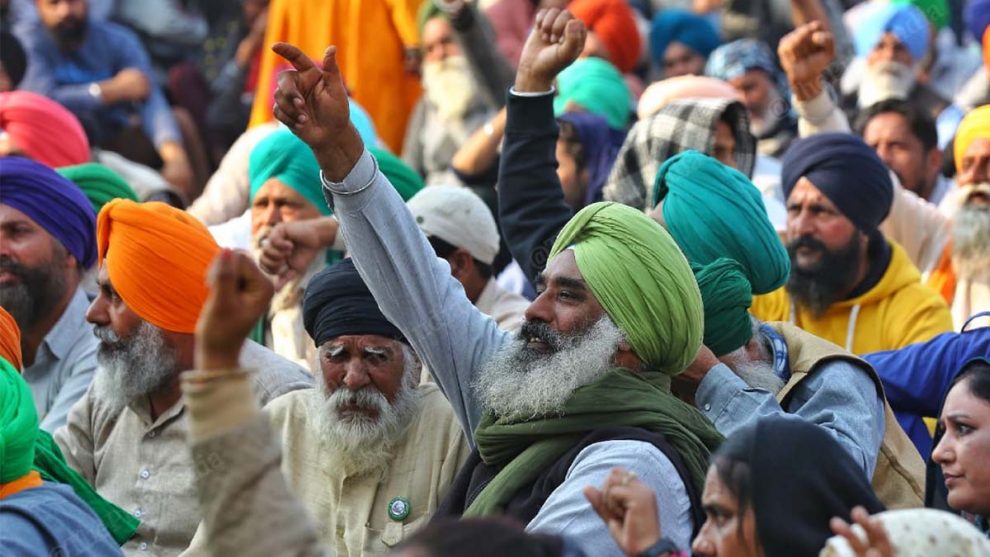 It is a well-known fact that society has become rather explosive and tension-ridden i.e. it is prone to violence in most parts of the Third World. The quest for material prosperity and yearning for more power and wealth, resulting in poverty and squalor along with ever rising inequality and a deep sense of despair and frustration of a major section of the population in these countries, including India, may be considered the major factors that have made the social climate violent. But it is also a fact that non-violent movements have been witnessed and these have successfully raised national concerns.

It is thus quite apparent that political protests have been rampant due to unjust policies adopted by the ruling dispensation and viewed by some as anti-people and an encroachment of their rights. The question that needs to be analysed is whether such protests or movements are non-violent in character. This is most important in the land of Mahatma Gandhi who gave the concept of non-violence and Satyagrah to the world, which succeeded in India gaining independence. The ongoing sustained agitation of farmers, for one, has so far proved the efficacy of non-violent agitation against the brute force of the State.

Delving into the issue of violence, it may be said to be fundamentally a primitive animal instinct. However, the manifestations of violence have become wider, possibly with the diversification of the urges of man for freedom, for establishing his viewpoint and a sense of belonging. Former Prime Minister Chandra Shekhar had observed: “Men have been fighting for freedom since the beginning of humanity. Similarly, he has also been striving to get recognition and he gets a sense of exaltation if he is able to contribute to the human achievement. Deprived of this opportunity, he is bound to be rebellious against the social system, which deprives him from this favour”.

According to Mahatma Gandhi’s definition, violence can be ascribed to exploitation. The centralised bureaucracies, large organisations, monoliths of industry and business all combine together to unleash violence amongst the people. However, the establishment may be passive and concerned with the welfare and well-being of the people and may not have an exploitative tendency; still the concentration of power cannot be beneficial for real development to take place.

Prof. Sugata Dasgupta, a well-known Gandhian scholar, aptly pointed out: “The establishment exploits and since all exploitation hurts, the violence of exploitation too hurts all concerned . . . . In short, the violence of establishment spills blood, as such a dagger or a gun does; the only difference being that this violence is not seen and often unrecognised and unaccounted for.”

One may recall here the towering leadership of Jayaprakash Narayan and his movement called ‘Total Revolution’ that brought Opposition political parties together on a common platform. This movement connected disparate student movements in Gujarat and Bihar and melded it with the grievances of farmers and workers, thereby giving it a national character. It must be noted that an uplifting political vision does not mean an exact political programme. JP’s ‘Total Revolution’ – a mix of democratic decentralisation and corruption-free governance – was vague enough to attract a broad swath of the population while being inspiring enough to energise people into anti-government action.

Recently, the anti-Citizenship Amendment Act (CAA) protests, although they were forthright in their ideological challenge to the government, were largely unsuccessful in expanding beyond minority-dominated spaces and, hence, at no point did they threaten the political calculations of the government. In both cases, as experts pointed out, the protests remained confined to their particular constituencies because of an absence of leadership. Thus, it may be stated that the Opposition political parties have singularly failed to capitalise on the government’s failures and the resulting undercurrent of resentment have ceded space to civil society organisations.

However, it has to be agreed that the anti-CAA protests (from December 2019 to February 2020) were a truly democratic upsurge spearheaded by women and students who stepped forward to reclaim the country’s egalitarian essence. The Preamble, the national flag and the national anthem were the overarching symbols of this mass movement. The unexpected solidarity across class and community rattled the government, which attacked anti-CAA protesters as anti-national, fanning anarchy and endangering the rule of law.

One may mention here that draconian laws such as the NSA and the UAPA have been used with devastating effect to stifle dissent. The transformation of the peaceful anti-CAA protests into a ‘secessionist’ movement propagating ‘armed rebellion’, as portrayed in the police charge sheets on the Delhi riots, is Kafkaesque in its distortion.

Most Opposition parties acquiesced to the larger ideological framework of the BJP and are too timid to mount a serious ideological challenge. These recurring protests are an outcome of the contradictions in the ruling party’s system of dominance; yet there is no political leader of JP’s stature who has the skill, credibility and acceptability to convincingly articulate how these contradictions lie into each other, formulate an alternative political vision and build a sustained political movement based on it.

At the same time, the recent sustained protests by the farming community are testimony to the fact that even without a strong personality to lead protest movements, the issues has equal importance. This is well manifest from the farm protests led by peasants from Punjab, Haryana, eastern Uttar Pradesh and also other States where the subject can be considered to have national appeal, as the farmers fear the business groups subverting their interests and livelihood. The movement has managed to get a national character as experts have opined that the government had no constitutional right to legislate on agricultural marketing since it happened to be a State subject.

Political protests and movements are bound to continue in a democratic polity though the ruling dispensation would try to break these peoples’ demands by unethical means, as happened in India during the CAA agitation and now the farmers’ stir.  Moreover, while non-violence is the preferred mode, and this is desirable, these agitations are being handled by a brute police force of the State that very often resorts to violence.

Therefore though there have many obstacles to democratic functioning, protests have emerged in the country from time to time, and quite successfully, to voice concerns against policy issues. The strength and resilience of the people in India needs to be appreciated as they have organised protests, both at the State level as also nationally in spite of a brutal police force and administration. The blessings of Mahatma Gandhi, Dr. Martin Luther King and many others have possibly imbued the masses to fearlessly stand up in protest.