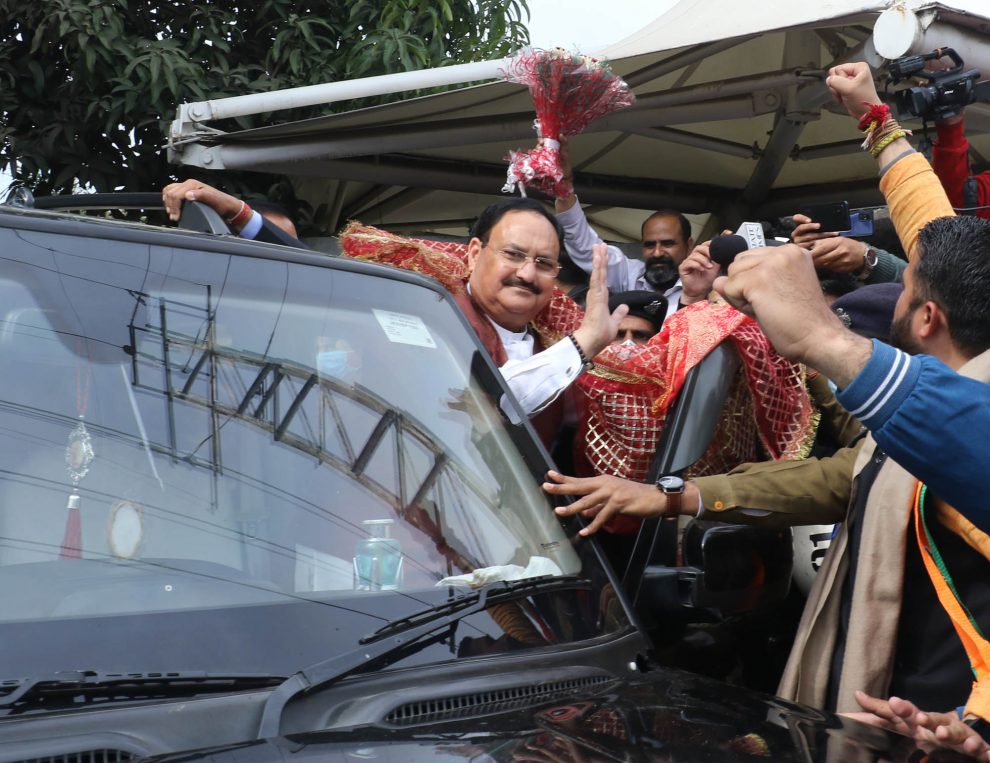 Jammu: Political hustle bustle has gained momentum in Jammu and Kashmir with two major national parties—BJP and Congress—setting the tone for the upcoming assembly polls in the Union Territory against the backdrop of reports that the Delimitation Commission will submit its final report by May 6.

On Monday, BJP national president Jagat Prakash Nadda, during his first day-long visit to J&K post-abrogation of Article 370 and bifurcation of erstwhile state into two UTs, impressed upon the party leaders to hold regular core-group meetings and start their preparations for assembly polls without waiting for formal announcement from the Election Commission of India (ECI).

A day after, Congress Incharge, J&K Affairs, Rajni Patil reached J&K for a week-long visit to “devise the party’s strategy” for the upcoming assembly polls in the Union Territory.

Immediately after her arrival in Jammu, Patil led women protesters to protest, what Congress party described as “the rising prices, failure to protect rights of women, massive unemployment and other issues”.

She would hold interactions with the public and party workers during the next five days in Jammu region before leaving for Kashmir.

“We are in no mood to take the unfolding political situation casually and will have to gear up further for the assembly poll whenever it is held. Top leaders are also scheduled to visit J&K in the next couple of months,” Congress party sources said.

“The BJP chief’s visit has clearly indicated that the party has braced up for assembly polls and begun its preparations. It has particularly started after the Union Home Minister Amit Shah’s statement that assembly elections would be held within 6-8 months after the Delimitation Commission submits its final report,” a senior Congress leader said while commenting on the prevailing political situation in J&K.

Sources within the Saffron party said that the party has started its exercise to strengthen booth-level units to reach out the masses with the policies and programmes initiated by the Prime Minister Narendra Modi-led government at the Centre.

“Party workers have intensified their booth-level and mandal-level meetings to start the election campaign well in advance. We will fight the polls with full energy and ensure the party’s victory with a thumping majority in J&K,” party sources said.

It is not just the BJP and the Congress but other political parties are also flexing their muscles and making preparations for the Assembly polls.

Pertinently, the PDP chief Mehbooba Mufti, who had earlier announced that she would not contest elections until both the constitutions of India and the erstwhile state of Jammu and Kashmir are made applicable to J&K, recently urged people to vote for PAGD allies in the next J&K assembly polls to defeat the BJP and its associates.