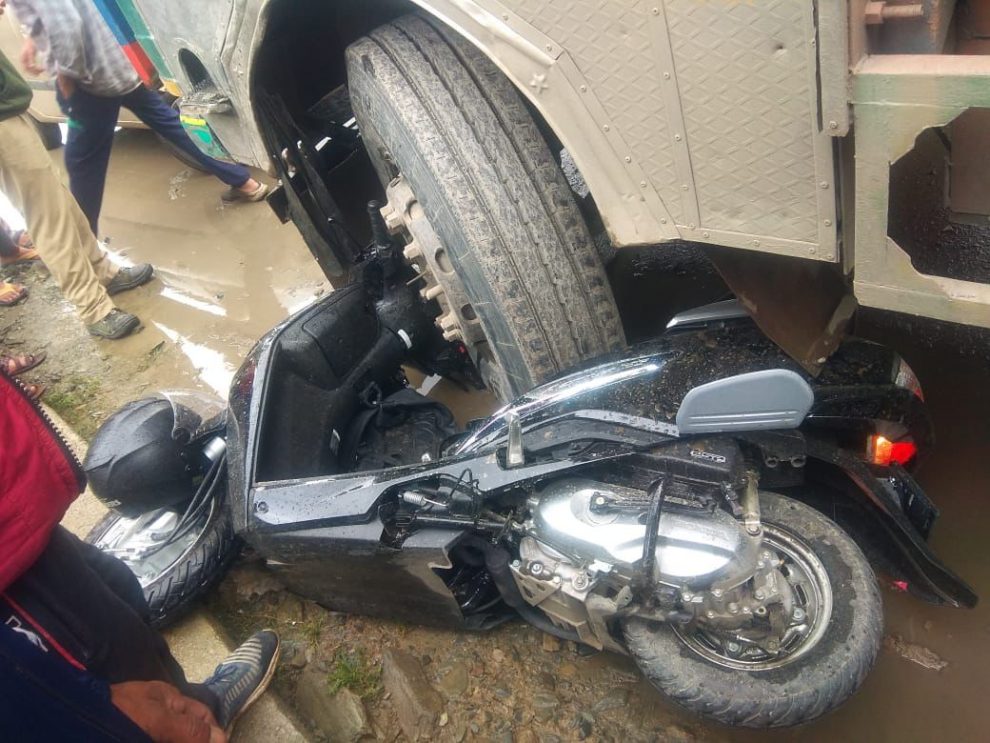 SRINAGAR: A policeman was injured in a road accident in the Kangan area of central Kashmir’s Ganderbal district on Monday morning.

An official said that the accident took place near the Thune area of Kangan, when a Truck collided with a Scooty.

He said that in the incident scooty rider Khurshid Ahmad Rather S/o Mohd Abdullah of Bonizil Haripora, a police personnel, who was performing duty at police station Gund, suffered injuries. The official said that he was shifted to SDH Kangan for treatment, where from doctors refered him to SKIMS Soura for further treatment. Meanwhile, Police have taken cognizance of the incident.

MeT forecasts more spells and thundershowers in next 24 hours in J&K
Efforts are on to root out militancy from entire J&K: LG Manoj Sinha
Comment