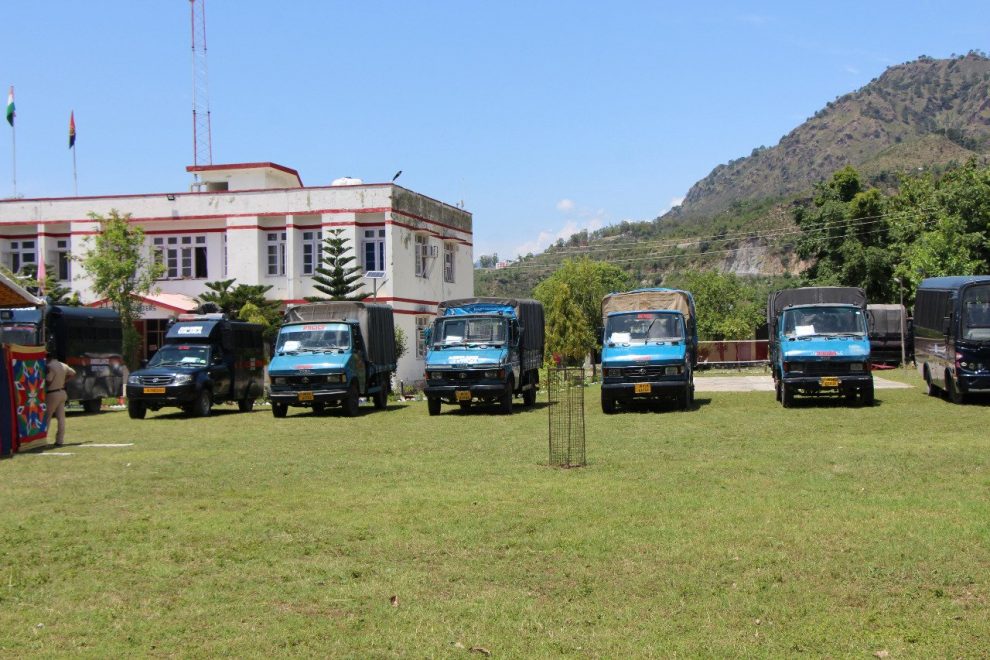 Jammu: Police in Jammu and Kashmir’s Reasi on Saturday started ‘vaccination ambulances’ after modifying 16 vehicles to help the civil administration to reach the remotest pockets of the district to ensure 100 percent inoculation against COVID-19, officials said.

A total of 16 troops’ carrier vehicles have been modified into police vaccination ambulances to supplement the health department and act as a force multiplier in the ongoing vaccination drive in the remote areas of Reasi district, a police spokesman said.

A brain child of Senior Superintendent of Police, Reasi, Shailender Singh, the purpose of modifying the police vehicles into ‘vaccination ambulances’ was meant to assist the health department to reach every nook and corner of the district and achieve the target of 100 percent COVID vaccination, he said.

He said over 500 police personnel along with 5,774 Villager Defense Committee members are already engaged in awareness drive and force multiplier in the vaccination campaign throughout the district.

Police and VDCs are actively mobilsing eligible citizens and moving them to vaccination camps, the spokesman said.

In addition, 131 police personnel are also deployed with the district administration for house-to-house mopping of COVID-19 positive cases by the composite teams of the health and the civil administration, he said.

B.1.617 variant responsible for recent COVID-19 surge in J&K: GMC Jammu
Jammu admin to hold special vaccination drive on May 16 to inoculate left-out persons of 45 plus category
Comment