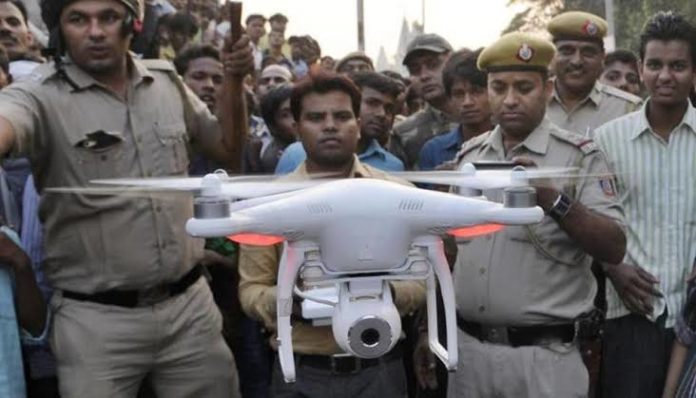 The Delhi Police is using five drones to monitor the situation in North East Delhi where prohibitory orders are in force in view of protests which had recently turned violent.Earlier this week, police were forced to use tear gas shells to disperse protestors in the area after they torched two buses. Section 144, which prohibits the assembly of four or more people, has been imposed in twelve out of fourteen stations in North East Delhi.Police held a flag march to maintain law and order in the area and are keeping a close vigil on social media accounts.

Police have also detained over thirty-seven people from the area.
Protests have escalated in the national capital and across the country demanding the scrapping of the Citizenship (Amendment) Act, which seeks to grant citizenship to Hindus, Sikhs, Jains, Parsis, Buddhists, and Christians, fleeing religious persecution from Pakistan, Afghanistan, and Bangladesh, who came to India.