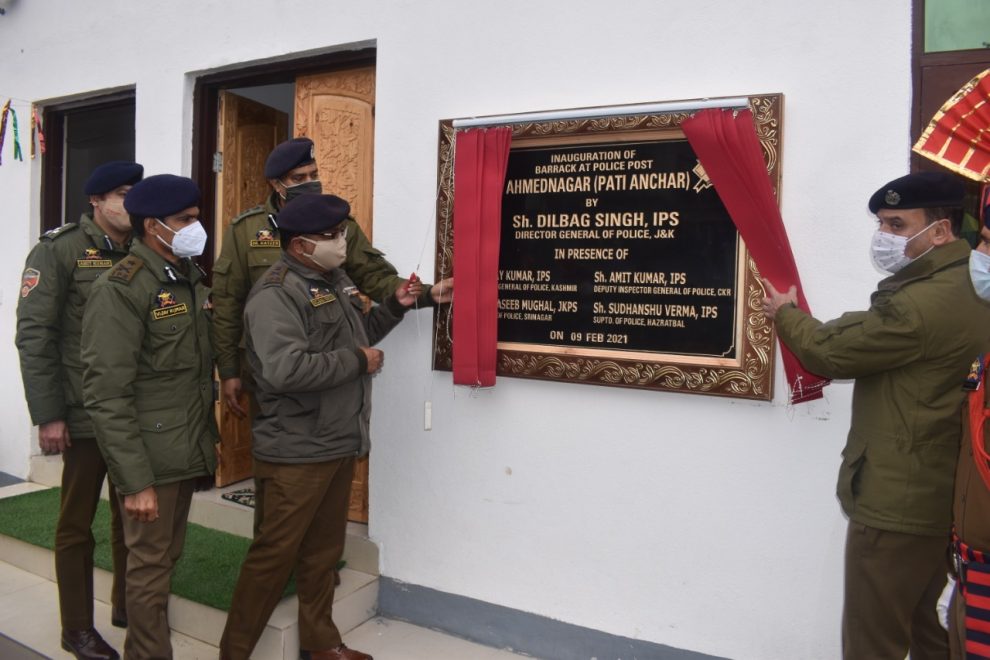 Srinagar, Feb 9: Director General of Police Dilbag Singh on Monday lauded personnel of police and other security forces for “working professionally to eliminate threats” to peace in Jammu and Kashmir.

The Police Kashmir Chief who is on a three-day tour to Kashmir appreciated J&K Police and other security agencies for maintaining pressure on the elements inimical to peace in Jammu and Kashmir, he said.

“With the coordinated efforts of forces the (militants) activities have been restricted and action against them has been intensified,” the DGP was quoted as saying while interacting with the police personnel here in a statement said.

He lauded the role of Jammu Kashmir Police officers and other personnel for “tackling difficult situations effectively.”

“Despite many challenges, personnel of police and other security forces are working professionally to eliminate threats to peace from Pakistan and its sponsored (militant) outfits and subversive agencies,” he said, adding, “We have to continue hard work to ensure long lasting peace in Jammu and Kashmir.”

The DGP asked the officers to submit the requirements to the PHQ and added that Police Headquarter is committed to equip personnel with better facilities to meet out any challenge.

Accompanied by IGP Kashmir Zone, Vijay Kumar, the DGP first visited Police Post Ahmadnagar in territorial jurisdiction of Police Station Soura in Srinagar where he inaugurated the newly constructed building and also reviewed crime situation within the jurisdiction of the Police Post.

The Police Post Ahmadnagar has been created to address the crime in Anchar area of Srinagar District.

The accommodation will house around 50 personnel of the component. He also interacted with the officers and policemen on the occasion.

The DGP also visited Zakoora, Sringar where he inspected the prefabricated accommodation used during the elections and Shri Amar Nath Ji Yatra. He directed for building additional accommodation at the site.

The jurisdictional officers briefed the DGP on various aspects of security as also for keeping the crime under check.