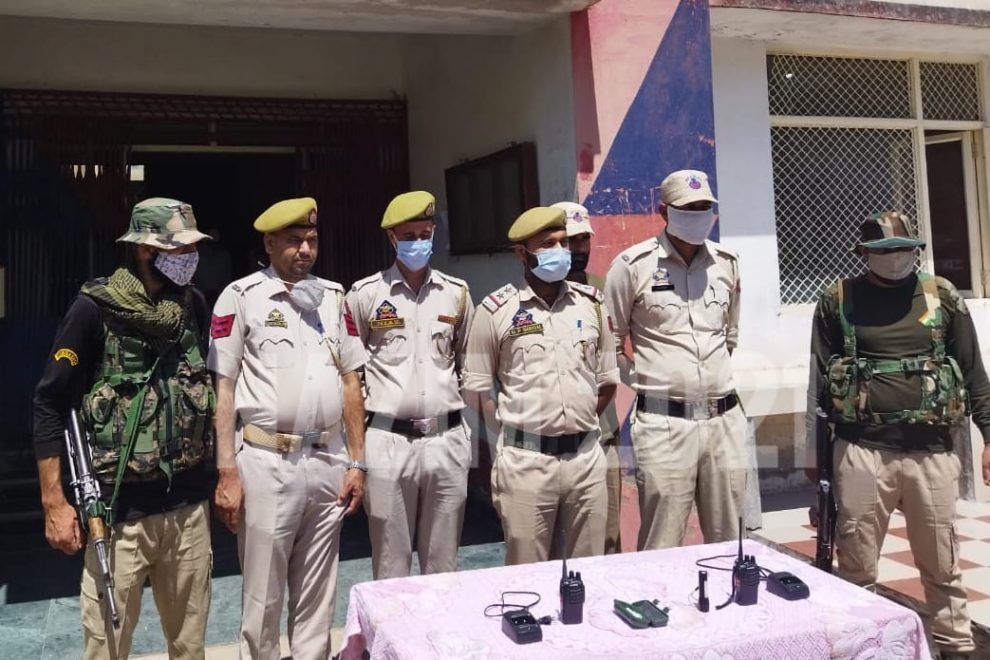 POONCH: Jammu and Kashmir police on Friday morning recovered two wireless communication sets, batteries and some torches during an operation that was launched near a sheep farm in Balnoi area of Poonch district.

Officials told that the operation was launched based on some specific information by SOG and Mendhar police near a sheep farm in Balnoi.

“During searches two wireless communication sets, batteries and torches were recovered which have been taken into possession by the police,” they said, adding that further operation was going on in the area—(KNO)

The Dispatch is present across a number of social media platforms. Subscribe to our YouTube channel for exciting videos; join us on Facebook, Intagram and Twitter for quick updates and discussions. We are also available on the Telegram. Follow us on Pinterest for thousands of pictures and graphics. We care to respond to text messages on WhatsApp at 8082480136 [No calls accepted]. To contribute an article or pitch a story idea, write to us at mail[email protected] |Click to know more about The Dispatch, our standards and policies