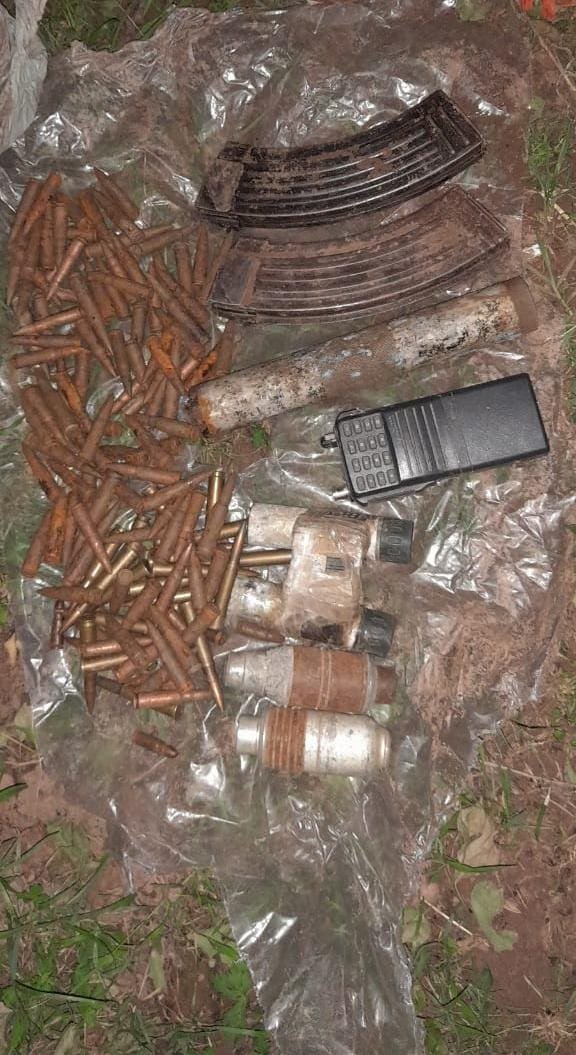 RAMBAN: Police recovered 179 bullets mainly that of AK-47 rifle, and two UBGL grenades from a forest area in Ramban, officials said on Wednesday.

“During the intervening night, an information was received through reliable sources regarding presence of caché of ammunition and related material in Sumber area of District Ramban,” a police official said, adding,” “Acting swiftly on this, a special team was constituted which was lead by Inspector Sampaul Gill SHO Dharamkund, under the supervision of Nihar Ranjan SDPO Gool.”

The entire operation was carried out under the overall supervision of Smt. Mohita Sharma, IPS SSP Ramban, they said. “An investigation into the matter has started.” (GNS)