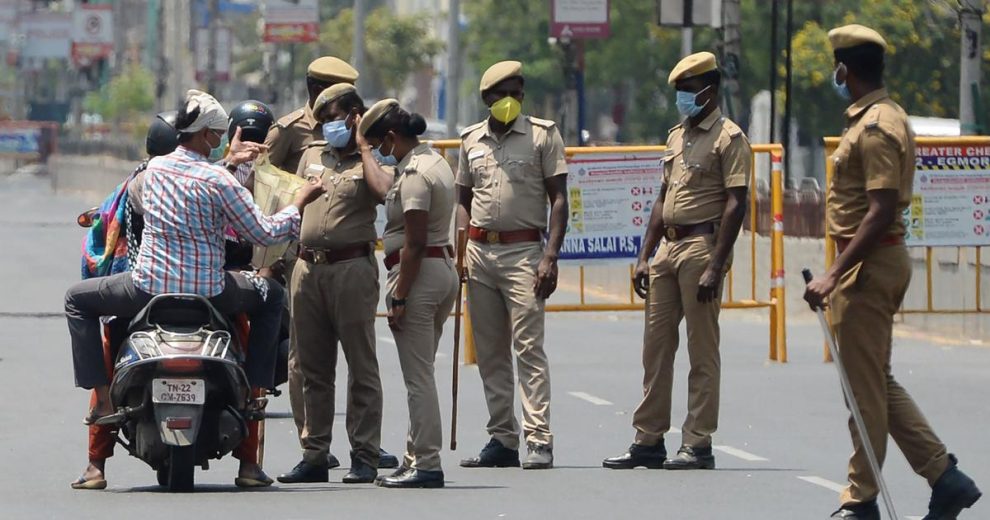 “It is the common people’s duty to police the police.”- Steven Magee.The police role is directly synchronized with the public. The public means a group of people having similar problems and way of life. In the society, the public can be mainly categorized into three groups, such as Political, Religious, and Social groups. When there are refined people in the society, there are anti-social elements also existing in the society and their activities detrimental to the society. Mainly anti-social elements break the law, disturb peace, loot property, and endangers human life. To check the activities of this anti-social element, governments created organizations and bestowed powers to them to protect the sanctity of law and to maintain public order and termed this organization as ‘Police’. The important duties basically bestowed on police include; protection of life and property of public, prevention of crime, detection of crime, maintaining peace, and maintenance of law and order. Laterally many fold duties also came to be part and parcel of police duties.

Since the existence of the police, the police public relations is the most hotly  debated topic, as it is felt and is requirement also that better the ‘police public relations’, better crime free society, less agitations and less protests against police and more acceptance of police, which all contribute to the best development of the society and people. Even after seventy three years of independence, the police image is not good in public and police invite hatred from society. If we look into the real perspective, we find that following acts of some of police personals are major contributor, in inviting the hatred from the public; Extra Judicial Killings and Human Rights Violations, The torture, rape, rude behavior and favoritism, indiscipline behavior and indulging in criminal activities,sheltering the law breakers, manipulations, refusal to register cases, corruption and succumbing to Political Pressures etc. Until the police internal affairs system starts prosecuting and firing a substantial number of corrupt and incompetent police officers, the image of police department will never improve.

Much has been debated and deliberated as to improve police public relations. The police have lost sight of the fact that they are public servants. As a part of this organization for a long period of thirty five years, and based on practical experience, the police should consider following factors, which will definitely improve police public relations such as; Be Sympathetic, Take Care of Public Welfare. Always Be Helpful Without Discrimination. Never Lose Self Control, Be Courteous and Well Behaved. Helpful Attitude, Prompt Response, Desist From Political Discussion. Listen to All, Patient Hearing, Redress of Grievances of Public. Keep Liaison with Senior Citizens and civil society.

Ultimately success and image of police is co-related to the police public relations. Retrospection by the police on following points is a must for reformation.

4.       Are we not imposing our view on the most literate society?

6.       Are we differentiating between law breakers and law abiding citizens?

7.       Our acts are not brandishing us, as agents of government and political persons.

8.       Are we working within parameters of the established law?

9.       Are we protecting human rights and fundamental rights as enshrined in the Constitution, while enforcing law?

10.   Our approach to the public is not scathing.

11.   Are we well versed with the law in force and stand updated about various deliberations handed down by the honorable courts?

When police perform basic duties, sometimes law and order situation arises. This type of situation is created by following elements;

2.       Political parties to register their pressure over local administration.

3.       To create a situation for excessive use of force to gain public support.

4.       To attract the public attention and of administration, to promote himself for popularity and to remain in News.

So when such a situation arises the police should isolate the cause and then apply the remedial measures as required. The police being part and parcel of the societal system, it cannot escape its duties and responsibilities as being paid from the exchequer contributed by the taxpayers of the society.  The public expects an efficient police, which could come to their rescue at the time of need.

The various efforts of police and activities under ‘Civil Action Programme’ such as ; organizing Sports Activities, ‘Shoona Hai Aasman’ (an activity to provide  platform to the children for exploring their talent), arranging tours across the Country under ‘Bharat Darshan’ a programme to apprise about the culture of other States and places of historical importance in order to inculcate the sense of oneness, establishing libraries, a media to explore knowledge, constructing shelter homes, running ‘welfare schools’, organizing ‘Police Melas’, providing books and clothing to the needy, and what not, are  there to ensure police participation in society affairs and to cultivate an instinct among the public that police is part and parcel of the society.

Above all, the police public relations flourish only, if the police will stick to its basic character of being Polite, Obedient, Loyal, Intelligent, Courteous, and Efficient. The world doesn’t need more bent police who pretend to uphold the law in front of an investigation, it needs more just police who practice justice even when nobody is looking.